Being a Person of Honor 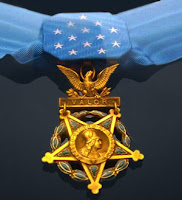 Honor is a concept of life (a value if you will) that we are losing in today's value-free society. Very few seem to have any idea of honor either in their daily lives, their relationships or their work. Webster's Dictionary defines honor as: "... official dignity, repute, esteem - a keen sense of right and wrong - adherence to actions or principles considered right - integrity - to bring respect .... to show regard ..."

Honor, used in the sense of how one lives their life means "BEING TRUE TO WHAT IS RIGHT." Since many today have no concept of what is right or what is wrong (including many of our country's leaders unfortunately, both the spiritual and the legislative ones) it should be of little surprise that people today have no honor. From what is coming out of our educational institutions it makes one wonder if many of our teachers or professors have any honor.

In today's society those who would live honorably are often looked upon as being weirdo's or fanatics.

Honor is a many-sided virtue and includes:
- Self-Discipline--disciplining or training oneself.
- Responsibility--being accountable to ourselves and to others.
- Courage--standing our ground in the face of impossible odds.
- Perseverance--keeping on keeping on when it would be much easier just to quit.
- Honesty-being genuine, real, in everything we do.
- Loyalty--being faithful to others.
- Duty - doing what's right whether or not it's popular and whether or not we win.
- Faith--reaching beyond ourselves and our own abilities.

Each of these, by the way, is a sermon in itself.

Honor involves being true to our word. This is found among all races of man. Of the Sioux Indian it has been written by those who lived with them "... honesty was an absolute, and lying was sure to bring the direst consequences. The straight stem of the pipe a man smoked represented the need to speak straightly ... so that it might never be said of him that he spoke with two tongues ..." (The Mystic Warriors of the Plains, pg. 69)

In the early days of the West a person was judged by how true they were to their word. Many a cattle contract worth thousands of dollars were concluded simply on a handshake. If a man gave his word he was expected to keep it.

This concept has its roots in the Judeo-Christian ethic, though it can be found among many other cultures. Psalm 15 in the Old Testament describes the solid, unmovable man who will enjoy God's blessing as one who "... keeps a promise even if it ruins him ..." (Ps 15:4, The Living Bible)

To live honorably means to remain true to what is right in spite of pressure to do otherwise. Even if no one is watching! The life thus lived is of great value. To die with honor means that we must first live honorably. To live honorably, and to die honorably. The life so lived counts for something. It has purpose. It is valuable.

This to me is a mark of a real Christian. A man or woman of honor. To a person of honor you can entrust your property, your possessions, your family your marriage, or your life and know they are looked after. You would not have to worry about them.

Live honorably. It will attract those who have a similar honor and you will stand out from among the ordinary. Who knows what life you may influence? In the end, if someone says of me, "He was an honorable man." I will count it as the highest compliment.