On August 2-3, 2008, James Davis will address the top 1,000 Church of God pastors and leaders worldwide in San Antonio. From the beginning, the Church of God has helped lead the way in the Second Billion movement, including General Overseer Dennis McGuire, General Secretary Paul Walker, World Missions Director Roland Vaughn, and Douglas LeRoy, who serves as Assistant World Missions Director as well as Second Billion Cochair/Unreached Peoples.

Read more about this fine organization here.
Posted by Don G. Brock at 11:23 PM No comments:

It is very possible that churches, ministries, and Christians should get used to security issues and legal harassment such as the lawsuit a homosexual activist recently filed against two Bible publishers.

Bradley LaShawn Fowler of Canton, Michigan, does not like the fact that the Bibles produced by Zondervan and Thomas Nelson Publishers both accurately convey God's prohibition against homosexual behavior. So he is suing in federal court, seeking $10 million from Thomas Nelson and $60 million from Zondervan.

Peter LaBarbera, president of Americans for Truth About Homosexuality, says Bible-believing Christians had better get ready for more of this type of sniping. "Obviously, this is a frivolous publicity stunt, but this is a portent of things to come," he warns.

"We know that the homosexual activists are now targeting, essentially, born-again Christians and committed Catholics and Mormons who oppose their agenda. They're out to re-write the Bible, to say that the Bible really does not condemn homosexual practice, which it obviously does," says LaBarbera. "Ultimately, we believe they'll be doing more and more of these lawsuits against Christians and Christian companies."

LaBarbera says the suit reminds him of British actor and homosexual activist Sir Ian McKellen, who has admitted to ripping pages that contain scriptures condemning homosexuality out of Gideon Bibles in hotel rooms. "The fact is whether you rip the pages out or not, or whether you sue, or whether you pass a law against it, the Word of God still stands," he emphasizes. "And God's authority on that issue still stands, no matter what man does." The judge in the case has denied Fowler's request for a court-appointed attorney, saying the court had "very genuine concerns" about the legitimacy of the claims in the lawsuit.

Embattled in a bitter 14-month dispute, congregants at Two Rivers Baptist Church in Nashville, Tenn., approved a $314,000 retirement package for pastor Jerry Sutton, who will preach his last sermon this Sunday after leading the church for more than 22 years.

Last summer a group of dissident church members sued Sutton and tried to obtain church financial records, while also asking for his resignation. A local judge ruled that the court had no right to intervene in the church’s affairs, although it did allow the now-ousted plaintiffs access to the records.

Although Two Rivers members responded with overwhelming support for Sutton, he believes it’s best for the church if he leaves. “Our people are weary, leaders are tired, and those who love Two Rivers honestly want it to end,” he said. “I do not believe that will happen as long as I am pastor at Two Rivers.”

A Tribute to the Pastor's Wife 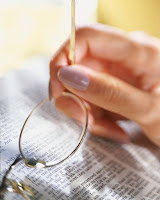 The life of a pastor's wife is at the same time beautiful, blessed, complicated and confusing. Yet, it is one of the most important and vital positions in the body of Christ.

In so many ways, a clergy wife sets the emotional and spiritual tone for the household, and becomes both the enabler and the encourager for every member of the family. She is a critic at the right time when correction is needed, but she is a listener and an affirmer when her husband and children just want to talk.

She feels lonely at times, and overwhelmed with parishioners at other times. She wishes the congregation understood the nature of her husband's call, but sometimes wonders what it all means herself.

She is a wife and mother first. She desperately desires more time with the family unit, but understands "balance" is a luxury and management is a must.

For most clergy wives, work outside the home is not an option. It is a necessity just to make ends meet. For others, it is a means of escape from the telephone and the "joy-suckers". Some feel called to their lot in life, while others all of a sudden just became a pastor's wife. For some, it is unbridled joy; but for others, they wonder how long they can hang on.

Yet, they are God's gift to His church and to those who lead her. They do not get enough credit, attention or reward. If anyone in the church needs to be prayed for, it is the pastor's wife. They need space. They need consideration. They need understanding. They need lots of love.
Posted by Don G. Brock at 9:55 AM No comments: