Obama Pledges to Ally with Gays for More "Progress"

Addressing hundreds of gays and lesbians and advocates at an event marking the 40th anniversary of the birth of the gay rights movement, Obama vowed again to overturn the military's "don't ask, don't tell" policy and to repeal the federal Defense of Marriage Act.

"I will not only be your friend, I will continue to be an ally and a champion and a president who fights with you and for you," he told an enthusiastic crowd.

The event was a first-of-its-kind Lesbian, Gay, Bisexual and Transgender Pride Month reception at the White House. Obama declared June 2009 LGBT Pride Month and was the first president to use the term transgender in his proclamation.

His predecessor, George W. Bush, never issued an LGBT proclamation during his eight years in office. 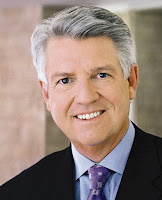 The pastor of one of America’s largest churches is taking a two-month sabbatical following a surgery he underwent last month and kept secret until last week.

“It is perfect timing to begin that sabbatical now for the continued healing of my body, soul and spirit,” reported Jack Graham this past week to the more than 26,000 members of Preston Baptist Church in Plano, Texas.

“During this time, we will travel, relax, and enjoy our family. I also feel it is important to cancel my speaking engagements away and focus on my personal walk with Christ, fortify my faith, and make sure in all this journey that Christ is magnified,” he added.

It was in April that Graham was diagnosed with prostate cancer following a routine checkup and subsequent biopsy.

“This was not what we expected to hear, but received it as a part of God’s plan for my life knowing full well we can trust Him in everything,” recalled Graham, who served as the president of the Southern Baptist Convention for two terms.

After consultation with his doctors, Graham chose to have surgery on May 14 but kept it, as well as his prognosis, private “for a number of reasons.”

Following a successful surgery, Graham’s team of doctors assured the pastor that his prognosis is “outstanding,” he reported.

Still, following the surgery, Graham found it challenging upon his return to the pulpit ten days later despite having a “somewhat scaled-back schedule.”

“That was a push, but God has been faithful to strengthen me,” he reported last Monday.

It was likely even harder as the day after his surgery, a minister at the church who worked with married adults was arrested in a sex sting operation that Graham described as “disgraceful.” The ousted minister, Joe Barron, had only been with the church for about 18 months when he was arrested on May 15 after driving three hours to have sex with what he thought was a 13-year-old girl. Barron had had been chatting with “the girl” online for about two weeks.

“We are appalled by the disgraceful actions and subsequent arrest of one of our ministers,” Graham expressed in a statement dated May 18. “I am so sorry for the injury this grievous situation has caused.”

Though Graham said it “was a push” to get back to work following his surgery, he testified how “God has been faithful to strengthen me.”

Still, Prestonwood decided to give a two-month sabbatical to their senior pastor, who has served the congregation since 1989, when it was only 11,000-large.

Before heading into his sabbatical, Graham urged men to get regular checkups, noting the preventive steps he took helped him to receive the healing from God he needed.

“So, guys, bless your family by making sure you maintain good health through regular checkups and taking good care of yourself,” he urged.

In addition to serving as senior pastor of Prestonwood Baptist Chuch, Graham is the voice of PowerPoint Ministries, Prestonwood’s broadcast ministry.

Founded in 1977 as a church plant of Northway Baptist Church, Prestonwood Baptist Church is today one of the largest megachurches in North America and one of America's 50 Most Influential Churches according to a 2007 survey of church leaders.

[By Eric Young, Christian Post Reporter]
Posted by Don G. Brock at 2:23 AM No comments: