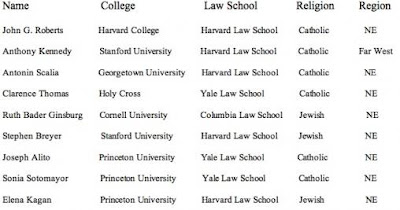 The trends that follow were not created in a vacuum. Most the information is based on studies done at LifeWay Research. But much of this research provides information and facts about today’s realities. It does not offer certitude for future trends.
The process is analogous to weather forecasting. We can see all the ingredients that will likely cause a specific outcome. But those factors can change, so we can never say that we are 100 percent certain.
Because most of the research that is the basis for these trends is related to American demographics, we must not extend the projections beyond our nation’s borders. Nevertheless, it is possible that some of the research could have implications beyond American churches.
1. Our nation will see the emergence of the largest generational mission field in over a century. According to current research, the Millennial generation, those born between 1980 and 2000, will have a very low Christian representation. Estimates now are that only 15% are Christian. With a huge population of nearly 80 million, that means that nearly 70 million young people are not Christians.
2. The dominant attitude of this huge generation toward Christianity will be largely indifferent. Only 13 percent of the Millennials rank any type of spiritual matter as important to their lives. They are not angry at churches and Christians. They simply ignore them because they do not deem them as meaningful or relevant.
3. Senior adult ministries in churches will experience steep declines. As the large Baby Boomer generation moves into their older years, they will resist any suggestion that they are senior adults, no matter how senior they may be. Unfortunately, many churches are slow to adapt to new realities. If they do senior adult ministry the way they’ve always done it, it will be headed for failure.
4. The large Boomer generation will become more receptive to the gospel. The data is anecdotal for now, but there are indications that the Boomers may actually become more interested in spiritual matters in general, and Christianity specifically. If so, this trend will be counter to other trends where adults tend to become less receptive to the gospel as they age. The Baby Boomers have tried it all and found no joy. They may likely turn to the hope of the gospel.
5. Family will be a key value for both of the large generations. For the Millennials, family is their most important value. Nearly eight out of ten of the Millennials ranked family as the important issue in their lives. They had healthy relationships with their parents who, for the most part, are Baby Boomers. Some churches say they are family friendly, but few actually demonstrate that value. Churches that reach both of these generations will make significant changes to become the type of churches that foster healthy family relationships.
[from The Christian Post RSS Feed by Thom S. Rainer]
Posted by Don G. Brock at 10:27 PM No comments: