Look to this day for it is life,
For yesterday is already a dream,
And tomorrow is only a vision,
But today, well lived, makes every yesterday
A dream of happiness and ever tomorrow,
a vision of hope. -- Kalidasa 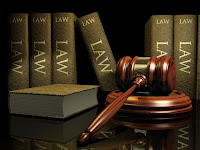 An Episcopal priest who proposed rewriting Texas law to favor dissident congregations in property disputes said January 30 he considers it “the next natural step” in an attempt to halt lawsuits within the church.

“It’s shameful we’re spending so much money suing one another when we could be using that money for mission,” said the Rev. Canon Ed Monk, rector of St. John’s Episcopal Church in Corsicana.

He and other leaders of the conservative 300-member St. John’s, located about 50 miles southeast of Dallas, contacted state Representative Byron Cook, a three-term Republican. On January 22, Cook introduced House Bill 972, which directs courts to find a “just and right” division of property, having “due regard” for all parties.

Cook did not return calls January 30, but Monk said that the changes were inspired by a Virginia law which awarded property to dissident congregations, contradicting Episcopal Church canons. “I thought it would be good to have a similar one,” he said.

This would affect all centralised churches.

[From Positive Infinity, by Pat McCaughan - Episcopal Life]
Posted by Don G. Brock at 11:47 AM No comments: 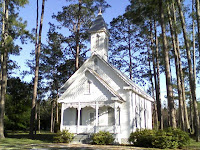 Carol Porter, 63 and no word mincer, sits in her modest kitchen in Euclid, Minn., and recalls the day her 118-year-old church was burned to the ground. "I was baptized, confirmed and married there," she reports. Her family had moved two lots down from Euclid's First Presbyterian, so she was able to watch through the kitchen window a few years ago as fellow parishioners knocked down the church, buried its fixtures and then put a match to what remained, sending a thousand Sundays of memories up in smoke.

America's rural congregations, thinned by age and a population drain that plagues much of farm country, have gotten too small and too poor to attract pastors. No pastor means no church. And losing one's church -- well, Porter has a vivid memory of that, living as she does in an area where abandoned buildings are control-burned for safety. The flames were taller than a man, she remembers. "In plain English," she says, "it looked like hell."

The ticktock of farm auctions and foreclosures in the heartland, punctuated by the occasional suicide, has seldom let up since the 1980s. But one of the malaise's most excruciating aspects is regularly overlooked: rural pastors are disappearing even faster than the general population, leaving graying congregations helpless in their time of greatest need. Trace Haythorn, president of the nonprofit Fund for Theological Education (FTE), says fewer than half the rural churches in the U.S. have a full-time seminary-trained pastor; in parts of the Midwest, the figure drops to 1 in 5. "It's a religious crisis, for sure," says Daniel Wolpert, pastor of First Presbyterian in Crookston, Minn., and a partner with the FTE, which supports young ministers and religious teachers. "And to the extent that these churches are anchoring institutions, it's a crisis of community." The sign for one lovely wood-framed church in nearby Buxton, N.D., says it all: GRUE LUTHERAN CHURCH. FOUNDED SINCE 1879. PASTOR -- and then a blank where a name should be.

Why are the pastors disappearing? Mainline churches (as well as some Evangelical) prefer their ministers seminary trained. But the starting salary for debt-burdened seminary grads now runs to $35,000 a year. That can break a poor and aging congregation, says Elizabeth Rickert Dowdy, pastor of the Tar Wallet Baptist Church in Cumberland, Va., who recently helped disband her other church: "When you have a congregation that's historically been able to survive at 20 members and loses 12, they close." And for the first time in American history, the majority of seminarians don't come from rural areas. Shannon Jung, a rural-church expert in Kansas City, Mo., says of young pastors, "A town without a Starbucks scares them." Wolpert recalls a professor's warning to a promising seminarian to shun a rural call: "Don't go. You're too creative for that."

But creativity isn't the problem in places like this gorgeous, wind-strafed corner of Minnesota, where clergy are trying out several innovative ways to keep God in the heartland. The fertile, Scandinavian-settled farm towns in the Red River Valley were the models for Garrison Keillor's Lake Wobegon; for decades, thousands of farmers comfortably worked 80-acre lots and prayed in small, ethnically uniform churches. But starting in the 1970s, Wobegon was hit with sinking commodity prices and job-cutting farm technology, a combo that sharply reduced the population. Churches foundered. But only in the past few years have people like Haythorn and Wolpert begun experimenting with new ways to counter the trend.

One response to the pastor shortage is "yoking" two congregations to share a circuit-riding minister -- and one salary. Along the Minnesota -- North Dakota line, the yokes stretch thin. Jeff Gustafson, in the town of Warren, Minn., adds a degree of difficulty: he's Methodist, but one of his two yoked churches is Presbyterian. Another pastor travels 200 miles (about 320 km) every weekend to serve five churches. A botched three-pastor attempt to connect three already yoked churches (including Grue) with four more resulted in, among other things, shut-ins being overlooked and not receiving Communion for years.

Yet the believers don't give up. Many denominations are exploring ways to allow laypeople to preach. Some ordain laymen and - women but restrict them to their home pulpit. Wolpert of Crookston's First Presbyterian entertains even more radical visions. The average age of his Sunday flock is 63 (Carol Porter is now a member). But he is also founder of the Minnesota Institute of Contemplation and Healing, an energy-independent, nationally ambitious retreat center offering ancient disciplines such as icon and walking meditations and surrounded by a storybook hayfield with a view of the Red Lake River. Wolpert sees God's future here as extending beyond small-town churchgoers to northern Minnesota's more ethnically varied newcomers and even to religious tourists. "This is an incredibly powerful landscape," he says. "If something here is passing, then God will raise up other forms of worship, because people will be drawn here."

His friend and more down-to-earth counterpoint is Nathan Baker-Trinity, a 31-year-old Lutheran pastor and FTE fellow who shuttles a red Mercury Tracer between two yoked churches near the White Earth Indian Reservation. His answer to the pastor shortage is simply to commit to the countryside (he grew up in rural Iowa). "I was like, 'Why wouldn't you go to a rural area?'" he says. Baker-Trinity is an indefatigable local booster. "They're talking about making my whole town wireless!" he says enthusiastically. Equally smitten are his parishioners, like Howard Steinmetz. After decades working his farm -- most of them minus a hand lost to a field chopper in 1959 -- Steinmetz is finally auctioning off the land. Selling, he says, "is tough." But his religious life is supporting him. "Everybody was pretty excited to get a young one," he says, indicating Baker-Trinity.

On All Saints' Day in November, when Lutherans recognize the holy who have passed on and their connection to the living, Baker-Trinity notes that the holiday reinforces the web of community that "has always been the rural church's strength." Before the sermon, he gathers the children. There are at least 10 -- an extraordinary tally for a congregation in this area. The young pastor, with two babies himself, talks softly about a God who never departs. "God is with you wherever you are going," he tells the youngsters. "God never says goodbye to us. Let's pray: O God, thank you for not saying goodbye. Thank you for always being with us."