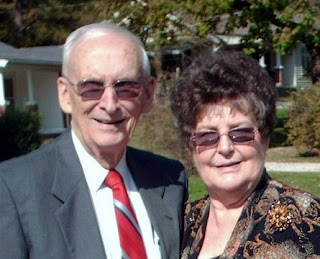 Yesterday, around 2:00 PM, one of the people who has impacted my life the most in this world, went to be with the Lord. (He has been on my Wall of Gratitude on this Blog from the beginning. Look below in the left column.)
When I was a young man, he pastored in Alabama with my parents. They respected him highly, and so did I. He was later appointed as a denominational official and moved to Cleveland, TN. My parents did also, and Bishop Weakley allowed me to cut his grass at his home a few times when he lived near where the Keith Street church is now. He went on to serve in many capacities as a great minister and finally as Tennessee State Bishop. Few people have impacted my life as much nor as positively as Bishop Weakley. He encouraged one of my first ministry assignments in Tennessee when Buford Johnson and myself worked on a church planting and mentoring program in the Cleveland area in 1985. Bishop Weakley was a powerful man of God.
Yesterday, he went home to a place called Heaven. This is a place he has preached about for 63 years. He was a good man, faithful man, and genuinely caring man - a true leader. He never actually retired. This July would have been 13 years since he supposedly retired. But, he spoke at the Columbia TN Church the first Sunday in January, planned to go to Tucson AZ in April, Texas in September, Tennessee churches throughout the year, etc.
For about one and one half hours yesterday many ministers, family, and friends sang to him. His wife, Wonnie, keep telling him how much she loved him. She finally whispered in his ear and said, "Gene it is OK for you to go on." He immediately departed.
The family will be making funeral arrangements Wednesday and we will announce them here as soon as they are known. The funeral will perhaps be Friday at the Mufreesboro (TN) Funeral Home.
Please keep the family in your prayers.
Posted by Don G. Brock at 12:10 PM No comments: