We Need One Another 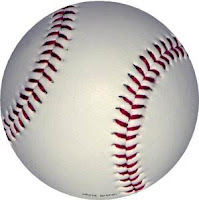 So there I am, trying to avoid the pain of my cardio exercise at the health club by watching TV, fighting back tears as I watch the news story. Last week in a brand new softball stadium, a female player hit her very first home run. But in powering the ball over the fence, she tore something in her leg, which caused her to stumble to first base and stop, writhing in pain. She couldn't stand, let alone run. Her teammates ran from the dugout to help her around the bases, but the umpire stopped the girls and warned them that if they did this, her home run wouldn't count.

Then from the other side of the field, two girls from the opposing team came to the girl on the ground and asked the umpire, "What if we helped her?" Apparently, there's no rule against that. Perhaps the softball rule makers never thought it would happen. The pictures showed two girls in the opposing team's uniforms carrying their opponent around the bases, so that she could experience her first home run.

Even now I'm tearing up, replaying the story as I write. What a great metaphor for ministry leaders -- even when we hit a home run, we're still limited in our time, gifts, experience, and know-how. None of us has the ability it takes to get around the bases the way God wants. But there are others who can help us. Sometimes we may have kept them at arm's length because we feel they're incompetent, less spiritual, or non-gifted. But they have something to give.

Together, we can do it (that's what "synergy" means)!

Moses had his Aaron and Hur. Jesus had the Twelve and the 72. Who do we think we are to do so much of our ministry by ourselves? The greatest achievements in history and ministry have been accomplished by teams, in community. Perhaps if more of us would pull a ministry hamstring, we'd embrace our need for others. Today what can you do to engage the aid of others, perhaps some of whom might not even be on your radar? Go ahead -- the game's at stake.