Kentucky has a state "Holiday" Tree 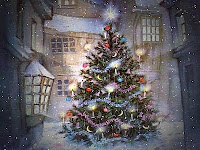 Here we go again. Why does America want to take Christ out of Christmas?

Many people called in unhappy about the decision and within days of hearing these complaints, Gov. Beshear issued a statement declaring that the tree officially would be considered a Christmas tree.

Dr. James Dobson to Leave Focus on the Family 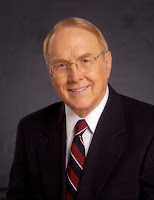 Focus on the Family founder and chairman emeritus James C. Dobson, Ph.D., will leave the ministry as its primary radio voice at the end of February.

Dr. Dobson's departure from the radio program and from official affiliation with the organization he founded in 1977 is just the "third chapter in a transition that began in 2003," when Dr. Dobson stepped down as Focus president, said Jim Daly, the ministry's president and CEO. It was a mutual decision between Dr. Dobson and the ministry's board of directors, which Dr. Dobson left in February of this year, Daly added.

"The Bible tells us that to everything there is a season — and Dr. Dobson's season at Focus on the Family has been remarkable," Daly said. "He has done a superlative job in modeling the graceful transition of leadership from one generation to the next.

"We're excited about continuing the work he began, and following the biblical principles he's always followed, to reach today's families."

Dobson, who will continue to record new radio broadcasts between now and the end of February, remains "a man of health and vigor" and will continue to make his voice heard in the public square, Daly said.

"Dr. Dobson is a wordsmith, but one word I don't suspect we'll hear him using is 'retirement,'" Daly explained. "We wish him great success in whatever he decides to tackle next."

"Focus on the Family has never been about one man," he added. "That's why Dr. Dobson has always refused to have his name put on any building here. It's about doing the Lord's work in helping families."

"Be as much troubled by unjust praise, as by unjust slander" - Puritan Philip Henry