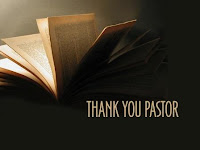 "A failure is a man who has blundered but is not capable of cashing in on the experience." ~ Elbert Hubbard 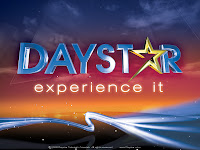 The Daystar Television Network has announced that tonight and tomorrow night they will broadcast portions of the Church of God of Prophecy International Assembly from Nashville, Tennessee.

Passengers and a pilot testified Wednesday they never saw or heard anything that indicated the wife of renowned pastor Joel Osteen assaulted a flight attendant before the start of a 2005 flight.

Flight attendant, Sharon Brown, is suing Victoria Osteen, claiming the co-pastor of Houston's famed Lakewood Church became verbally and physically abusive before the start of a flight from Houston to Vail, Colo.

The flight attendant claims she suffered physical and psychological injuries after Victoria Osteen got angry that a spill on the armrest of her first-class seat was not cleaned up. Brown says Osteen got so upset, she threw her against a bathroom door and elbowed her in the left breast while attempting to rush into the cockpit.

But three passengers on the plane, one of them called to the witness stand by Brown's attorney, testified Wednesday they were sitting in the first-class section but never heard or saw anything that would have led them to believe Victoria Osteen assaulted the flight attendant.

"There wasn't anything that occurred that she could be suing over," said Laura Knoppe, who was sitting in the first row of first-class seats, closest to where the alleged attack took place.

Knoppe, who was called by Victoria Osteen's attorney, Rusty Hardin, told jurors she never heard Osteen yelling or screaming. She also testified that she had a good view of the bathroom door that Brown claims Victoria Osteen threw her against.

"Did that happen?" Hardin asked

Another passenger, Barbara Shedden, who had been called by Brown's attorney, described the interaction that Brown and Victoria Osteen had on the plane as "just a power of the wills. It was very authoritative on both parts."

A third passenger, James Steele, testified he never heard any yelling or sounds of a physical altercation.

William Burnett, the captain on the flight, told jurors, "There was nobody fighting the flight attendants."

"You had a duty as the captain of this plane to call the police and you didn't do it?" McKamie said. "I didn't see a threat," Burnett said.

Both Victoria Osteen and Joel Osteen, who was on the same flight, testified last week that no attack took place.

Brown wants to be compensated for "anxiety, sleeplessness and public humiliation." She also wants an apology and punitive damages amounting to 10 percent of Victoria Osteen's net worth.

The Osteens are co-pastors of Houston's Lakewood Church, which draws about 42,000 people each week for services. Joel Osteen's weekly television address is broadcast in the U.S. and internationally and his books are sold around the globe.
Posted by Don G. Brock at 1:23 PM No comments: