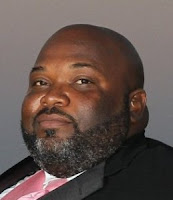 An investigation is underway to determine what caused a Cessna twin-engine aircraft to crash into a lake in the Bahamas shortly after taking off from the international airport.
The incident yesterday resulted in the deaths of all eight people on board – the pilot and his seven passengers. All of them were Bahamian.
It was around 12:20 pm when the plane, which took off from the international airport in the capital and was headed to San Salvador in the southern part of the Bahamas, went down in Lake Killarney.
Prime Minister Hubert Ingraham extended condolences to the families and friends of the victims and promised a probe.
“All relevant government agencies are lending their assistance in this tragic matter. Further, a thorough investigation of the crash will be conducted by the relevant authorities,” he said.
The aircraft was registered to Acklins Blue Company, an air charter company based in the Bahamas.
Condolences are pouring in from all over the world for those who died in the plane crash in lake Killarney, Bahamas.
The Cessna 402 driven by veteran pilot, Nelson Hanna, crash-landed just after takeoff at the Lynden Pindling International Airport. A member of the advance lighting team of the popular group Visage were headed to San Salvador along with others for an event during the island’s homecoming weekend. The event is to kick off on Friday night.
The passengers included Nat Williams (pictured), the son of Bishop Clarence N. Williams, overseer of the Turks and Caicos Islands for the Church of God of Prophecy.
“We are saddened to hear of Nat’s tragedy today. He is a dear friend and loving husband. The couple had recently welcomed into the world their first child. This is a sad story indeed,” a friend of Williams said.
Meetings at the International Offices of the Church of God of Prophecy in Cleveland, Tennessee were interrupted yesterday to announce the tragic news. The General Presbyters, BD&P Committee, F&S Committee, Tomlinson Center Board of Directors, and the Administrative Committee (Corporate Board of Directors), are all meeting this week. Everything stopped for prayer for the families of all victims.
The other victims are BEC technician, Cory Farquarson, set setup technician, Devin Storr, Sasha Mildor, Lavard Curtis and Delon Taylor. The last victim is still not confirmed at this time.
The aircraft is submerged in waters off the runway in Killarney where the air Cessna 402 broke apart on impact shortly after noon yesterday.
Posted by Don G. Brock at 3:06 PM No comments: