Clergy Appreciation Month is a special time that congregations set aside each year to honor their pastors and pastoral families for the hard work, sacrificial dedication and multiple blessings provided by these special people. It is typically scheduled in October, but can be held at any time that is convenient for the church and the community. It is also important to remember that appreciation, affirmation and prayer support of our spiritual leaders is appropriate throughout the entire year.
The nature of the service provided by pastors and their families is unique. God has entrusted to them one of the most precious of assignments – the spiritual well-being of His flock. When a pastor becomes ineffective, the very souls of his or her parishioners are endangered. When eternity is in the balance, we should all be concerned.
Pastors and their families live under incredible pressures. Their lives are played out in a fishbowl, with the entire congregation and community watching their every move. They are expected to have ideal families, to be perfect people, to always be available, to never be down and to have all the answers we need to keep our own lives stable and moving forward. Those are unrealistic expectations to place on anyone, yet most of us are disappointed when a pastor becomes overwhelmed, seems depressed, lets us down or completely burns out.
That's why God has instructed us to recognize His servants. 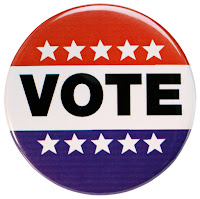 1. God has granted us authority. All authority belongs to God, but He has put human beings on the earth as caretakers. What is our task? According to Jesus in Matthew 28:18-20, we are to go out and make disciples of all nations, teaching them to obey God in every area of life. This includes politics. We must disciple people to make godly decisions about government, and promote the efforts of those who are already doing so.
2. We need to stand against evil. St. Augustine said those who are citizens of God's kingdom are best equipped to be citizens of the kingdom of man. The alternative is unthinkable. In the 20th Century, atheistic and secular humanistic leaders gained control of nations all across Europe, Asia and Africa. What was the result? According to historian R. J. Rummel, almost 170 million men, women and children have been brutally murdered by these governments, all in the name of human progress. These facts led historian John Hallowell to note,

“Only through a return to faith in God, as God revealed Himself to man in Jesus Christ, can modern man and his society find redemption from the tyranny of evil.”

3. Christian values contribute positively to society. The Bible’s solutions make sense. It is Christian involvement in government through the ages that gave us hospitals, civil liberties, abolition of slavery, modern science, the elevation of women, regard for human life, great works of art and literature, a workable system of justice, education for common people, the free-enterprise system, and much, much more.
When we see the good that results from applying God's principles, and the horror that results from rejecting them, doesn't it seem cruel and irresponsible to keep Jesus teachings about truth, love and compassion to ourselves? At very least, we should vote to keep OUT of office those who attempt to oppose God's authority.
4. Obedience to authority demands good citizenship. The Apostle Paul in Romans chapter 13 clearly states that we must obey governmental leaders because all authority comes from God. Here's the catch: in America, the people are the leaders! Here, at least, we express our obedience to God by exercising our rights and privileges as citizens. That means voting.
5. Good citizenship sets an example for generations to come. Those who apply God's principles to government pave the way for generations of blessing. In 1768 a Christian minister named John Witherspoon became president of the College of New Jersey, now Princeton. While there he taught biblical principles of government to his students.
Of the 478 young men who were graduated during his tenure, writes author John Eidsmoe,

As a Christian, Witherspoon exerted an enormous influence on the direction of American government.
You and I may not have the gifts of John Witherspoon, but we can still make a big difference if we put our minds to it. Pass this on to friends and family, and encourage them to vote in the every election!
[Author: Jeffrey L. Myers, Ph.D. / from his book Vital Truth: Christian Citizenship (February 2003). Copyright 2002, LifeWay Christian Resources of the Southern Baptist Convention. All rights reserved. Used by permission of the author.]
Posted by Don G. Brock at 11:13 PM No comments: