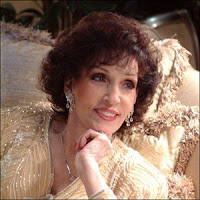 NASHVILLE, Tenn. (AP) - The daughter of late gospel singer-songwriter Joyce "Dottie" Rambo, who was killed in a bus crash in May, has sued the driver of the bus and the company that leased it to the entertainer.

The lawsuit was filed Thursday in circuit court in Nashville on behalf of Reba Rambo-McGuire. It asks for a jury trial and compensatory damages as determined by the jury, but in excess of $25,000.

The lawsuit names the bus driver, James Meadows; Nashville-based Pyramid Coach Inc., which the suit says was dissolved about a month after the accident; and DC Investments Leasing, a Vicksburg, Miss. - based subsidiary of Pyramid Coach.

Dottie Rambo died May 11 when the bus she was in ran off a road in southwest Missouri and struck an embankment. She was 74.

Seven other people were injured in the accident, which happened about 2:20 a.m. while Rambo was on her way to a Mother's Day performance in Texas.

The lawsuit contends that Meadows was speeding and negligent and that Pyramid/DC Investments Leasing are liable for his negligence.

Rambo was inducted to the Nashville Songwriters Hall of Fame in 2007.

She has had more than 2,500 published songs, including gospel classics such as "He Looked Beyond My Fault and Saw My Need" and the 1982 Gospel Music Association Song of the Year, "We Shall Behold Him." Her songs have been recorded by Elvis Presley, Dolly Parton, Whitney Houston, Crystal Gale and the Oak Ridge Boys.