Billy Graham will no longer work with the president.

Billy Graham's work as a pastor to presidents is coming to an end, but he is praying for Barack Obama as the next U.S. leader begins his work, Graham's son said Friday on the ailing evangelist's 90th birthday. Franklin Graham said in an interview that his father's mind remains sharp even as his body continues to fail. But the preacher who has counseled every president beginning with Eisenhower is not in line to mentor Obama.

Billy Graham the man is frail, the legacy strong, "My father feels like his time and day for that is over," Franklin Graham said. "But he would certainly like to meet (Obama) and pray with him."

Graham's views of the world are still respected in White House circles. Republican presidential candidate John McCain visited Graham at his mountainside home during the campaign, and Obama tried to meet Graham but wasn't able to do so because of the preacher's poor health.

Though never partisan in his preaching, Billy Graham is a registered Democrat. His son expressed concern about Obama's views on abortion and gay marriage — an issue Franklin Graham raised in a meeting with the Illinois senator — saying that he and is father are conservatives who believe the Bible speaks clearly on those issues.

"President-elect Obama heard our position," Franklin Graham said. "And I told him that this was very difficult for us and hard for us. It's a moral issue that we just can't back down on."
"But he's our president-elect, and those positions that he holds that are contrary to Biblical teaching, I hope that God will change his heart," said Graham, who now heads the Charlotte-based Billy Graham Evangelistic Association.

Obama favors abortion rights, and does not support a constitutional amendment to ban gay marrage. He supports civil unions and believes states should decide their own laws about marriage.

About 160 of Graham's close family and friends celebrated his birthday with an intimate gathering Friday at his home in Montreat, featuring fried chicken, barbecue and sweet tea. His ministry had received some 100,000 greetings — including a video from President George W. Bush — from people who told stories about how he changed their lives. Graham's son said they would be bound so that someone could read a few dozen letters to him each day.

Encouragement is partly what Graham needs. He still struggles with the loss of his wife, Ruth, who died last year, and notes his father has more friends in heaven than on earth.

An avid consumer of news, Billy Graham still listens to television — he has macular degeneration and has can't read more than the headlines of a newspaper — and follows the events of the day. He spends much of his day napping and resting, and Franklin visits on Sundays to try and coax him to make the 100-yard walk to the barn next to the mountainside home in Montreat.

Graham's health is fragile. He was hospitalized overnight last month after falling over his dog while trying to pet it. He had elective surgery earlier this year to update a shunt that controls excess fluid on his brain. The shunt was first installed in 2000 and drains fluid from through a small tube, relieving excess pressure that can cause symptoms similar to Parkinson's disease.
Graham was hospitalized last year for nearly two weeks after experiencing intestinal bleeding, and he has also had prostate cancer. But Graham has still outlived doctors' expectations and some of the doctors themselves.
Posted by Don G. Brock at 2:37 PM 2 comments: 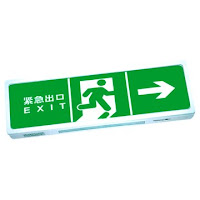 Now we know how people in America vote. But, do you know how they vote in church?

Have you ever bothered to do exit polls or follow-up to ask why they did not attend? You will hear many coded answers. Here are some examples and what to do about them:

- "I had something else to do." Translation: "Your event had no value to me." Next Step: Increase the perceived value of the training. Bring in an "expert" to encourage them. Provide a meal. Give them a book or CD when they show up. Another simple strategy is to make sure the room looks like you prepared it for them. Provide bottled water and some hard candy on the tables. Set up a couple of flip charts or whiteboards. Drop some pens and pads on the tables (in case someone says something worth writing down).

- "I can't give one more night (or Saturday) to this." Translation: "I am committed, but I have boundaries." Here is a potential solution: you may need to lessen their overall load by giving them permission to drop out of another responsibility. Some who are gifted to shepherd others may need to pass up on committee assignments and nursery duty to allow others a chance to serve. This can be painful to the individual (and to the church) as ministry priorities begin to shift.

- "I don't need no stinking training." Translation: "I already know it all." This one presents a double challenge. First, determine if their answer is out of arrogance or honesty. If arrogance, they have an unteachable spirit and may need some 1:1 time with a coach or pastor to check their heart. They may not be leaning into the Holy Spirit for interactive guidance on how to lead their members. On the other hand, they may honestly believe that they have been well prepared for leadership by previous training, self-study, and experience. If this is the case ... challenge them to come help you train others. By sitting in on training directed at "others" they may learn a lot... and may help you at the same time. If they are gifted a helping others learn to be leaders, they may be Coach material.

What are you hearing? Do your leaders provide excuses for not attending your training events? What are you doing about it?

A boy and his boat. 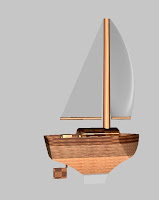 Once upon a time a little boy build a little toy sailboat. He would take it to the park every day and sail the little boat on the pond. He liked watching it coast around in the breeze. Because he loved the Boat, he was pretty careful not to let it go too far out in the pond where he could not get it back.

But one day, the inevitable day came when the boat sailed beyond where he could reach it. He got himself soaked trying, but the boat had gone out too far for the boy to rescue it. He went home heartsick, expecting he would never see the boat again.

But a few weeks later, he was walking through town when he saw his boat in the window at the little secondhand shop. He was so excited! He went into the store and said, "You've found my boat! I made that boat! It's mine and I'd like to have it back! But the man behind the counter said, "Well, maybe it was your boat once, but its my boat now -- and if you want it, you'll have to pay me $20.00 for it."

"TWENTY DOLLARS!" The boy said. It seemed like an enormous amount of money. He had no idea how he could come up with that much cash. He started to hang his head and walk out of the store, but the man said, "If you'd like to earn a little money, I could use some help around here."

And so it was agreed. Every week the boy would come and sweep floors and tidy up the shelves, and the man would give him a few dollars. Finally, the day came when he brought this pocket full of crumpled bills to the store and brought his boat back. He was thrilled.

As he walked out of the store, holding his boat like a long lost friend, he said, "You're mine twice now! You were mine the first time I made you; and now you're mine again because I bought you!"
Posted by Don G. Brock at 11:31 AM No comments: