Over 30,000 Pentecostals to Assemble for 53rd General Council 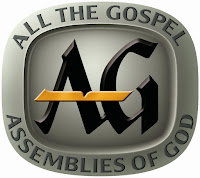 Around 32,000 Pentecostals from around the world will be gathering in Orlando, Fla., this week for the 53rd Assemblies of God General Council, which officially opens Monday.

The five-day meeting of leaders from the 51-million-member body will be a time to conduct business, set policy for its ministers, elect officials, and allow the leadership to cast vision and set the course for where the largest Pentecostal movement in the world is going as a church.

“This fellowship was built with the philosophy that says collectively we really are stronger than individually. And that is so true,” says Doug Clay, general treasurer of the Assemblies of God.

“When you see how big we are globally, it’s motivational,” he adds. “So at General Council, you do get to hear reports from the world, you do get to see what God is doing in other parts – not only domestically, here in the United States, but around the world. And it sort of gives you a sense of belonging.”

In the United States, the Assemblies of God is one of a handful of denominations that has continued to grow in membership and influence in the past decade.

According to the recently released Annual Church Ministries Report, the Assemblies of God reported an increase in adherents for the 19th consecutive year and now claims more than 2.8 million followers.

Last year, the number of adherents went up by 1.3 percent – an increase that statistician Sherri Doty called a significant gain.

"The U.S. population grows by about one percent a year," she told the Assemblies of God News Service. "This is an indication that we are growing faster than the population. And in light of the steady declines in attendance by other religious organizations over the past years, this is encouraging news.”

Despite their growth, or perhaps as a result of it, Assemblies of God leaders this year will be making some adjustments to their General Council, kicking it off Monday with a first of its kind event – the Influence Leadership Seminar.

“’Influence: Leadership in High Definition’ was a desire to sort of morph General Council from just being a come-and-do-business to a come-and-learn experience,” explains Clay in a preview of the General Council.

“So we went after some of the premiere church leaders and persons that God’s using to expand His Kingdom through the local church today, and are bringing them to just equip, inspire ... to be catalysts for creating new ideas and new paradigms within our ministers,” he says.

At the conclusion of General Council, the hope of the denomination's leadership is that more will have been accomplished than simply the election of a new executive leadership team or the approval or disapproval of the some 26 resolutions that will be presented.

“Our leadership has been really praying that there would be a spiritual chemistry about Council that takes place in the hearts of our credentialed ministers,” says Clay.

“We really pray that people will leave Council motivated and inspired in terms of their calling, renewed to go back to the place where they’re expressing their calling – whether it’s in a local church or a para-church ministry or overseas ...” he adds.

The General Council concludes with the National Fine Arts Festival Celebration Service Friday night at the Orange County Convention Center, where much of activities this week will be held.

[By Joshua A. Goldberg, Christian Post Reporter]
Posted by Don G. Brock at 10:41 PM No comments:

"A weakness of many leaders is not trusting their followers! Free Markets and Ministries unleash God-given creativity. Let go!" - Pastor Rick Warren