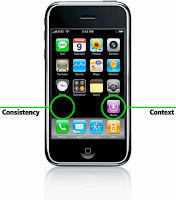 Most people who have a great relationship with God read the Bible consistently. Spending time in Scripture each day gives you the opportunity to hear from Him in a unique way.
Following a reading plan helps you stay on track with your Bible reading goals. Pick one (or several) and then fine tune it to match your schedule.
Read the Bible through in 2011.
To read more, CLICK HERE.
Posted by Don G. Brock at 12:46 AM No comments:

As people draft New Year's resolutions, many Christians are adopting plans to read the entire Bible in 2011.
That would be a good resolution given a study by the Center for Bible Engagement, an arm of Back to the Bible, which found Christians simply do not read the Bible enough. The Center’s study found that only one-third of Americans read the Bible every week, and even fewer, 13.9 percent, do so on most days of the week. According to the CIA World Factbook, 76.8 percent of the U.S. population is Christian.
To read more, CLICK HERE.
Posted by Don G. Brock at 12:38 AM No comments: