Churches Are More Informal Than a Decade Ago

American churches became more informal and ethnically diverse over the past 10 years, the National Congregations Study shows. Most of the informal service changes occur in Protestant and Catholic churches that are using visual projection equipment and drums. However, black churches had the largest increase in jumping, shouting and dancing during services.

Immigration played a role in congregations' social composition. The study observed that predominantly white and non-Hispanic congregations are more ethnically diverse than a decade ago. Leaders of congregations are older and the median age of the head clergy has increased from 49 in 1998 to 53 in 2006.

Other features — such as sermons, singing, greeting time, silent prayer or meditation, reading Scripture and speaking in tongues during the service — have remained about the same.

Mark Chaves, lead researcher and sociology professor at Duke University School of Divinity, said that these changes are noteworthy because "religious traditions and organizations are widely considered to be remarkably resistant to change."

[www.christianpost.com]
Posted by Don G. Brock at 3:56 PM No comments:

Church Security Continues to Be a Serious Issue 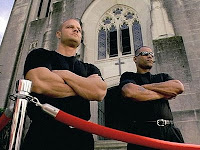 Officers spotted a suspect inside the church.

Additional officers were called and surrounded the building.

Just after 9 p.m. the suspect fled and was apprehended after a short foot pursuit.

The suspect was identified as Lawrence Ball.

Ball was booked into the metro jail on burglary charges.
Posted by Don G. Brock at 2:37 PM No comments: 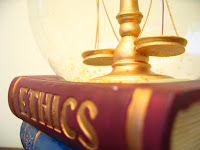 Eighteenth-century statesman Edmund Burke is credited with saying, “The only thing necessary for the triumph of evil is for good men to do nothing.” It is time for “good men” -- the church -- to arise and let their voices be heard. The spirit of reformation must arise in God’s people and turn this nation back to righteousness and to God.

The media often portrays our nation as one devoid of Judeo-Christian values. A news commentator recently stated that culturally, America has reached an all-time low. Members of the body of Christ, particularly a number of prominent Christian leaders, have contributed to the nation’s decline through moral failures and carnal living. It is time for the church to embrace the lifestyle and values of God’s kingdom culture rather than those of the culture of the world.

One of the ways the enemy uses to change culture is to remove every trace of Christianity from public buildings. In recent years we have seen “Christmas” replaced with “Holiday Season” in ads, on signs and in shop windows. The Ten Commandments and nativity scenes have been removed from public areas. We have no plumb line to use as a measuring rod for right and wrong. We are living in a time when every man does what is right in his own eyes (see Judg. 21:25).

A clear definition of right and wrong must be in place for a disciplined society to protect its citizens. In the Old Testament, God made a promise to the Jews. As long as they obeyed Him, He would bless them as a nation. “Therefore know that the Lord your God, He is God, the faithful God who keeps covenant and mercy for a thousand generations with those who love Him and keep His commandments” (Deut. 7:9, NKJV).

God’s view of a corporate covenant with a nation has never changed. The first settlers to America believed they were a corporate people called to continue the Israelite’s covenant relationship with God and with one another. Today, in view of the moral and spiritual decay of our nation, we must rediscover our spiritual moorings. We must align ourselves with the corporate covenant this nation has with God.