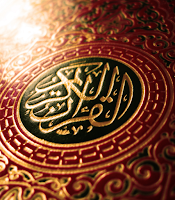 Let us first be clear on one point lest there be any doubt. The plan to burn copies of the Koran by Pastor Terry Jones in Florida was immature, insensitive, crass, and vulgar, and is to be condemned by all right thinking people.
However for significant parts of the Muslim world to react as it has – and no doubt will continue to do if the burning goes ahead – is the grossest hypocrisy known to man.
We have had Pakistan attempting to get Interpol to stop the burning, and the Iraqi Prime Minister and the Indonesian President have called on President Obama to ban the burning.
Meanwhile protesters in Afghanistan and Pakistan have already taken to the streets with their chants of "Death to America!" and have, perhaps ironically, taken to burning U.S. flags and effigies.
Iraqi Prime Minister Nuri al-Maliki said that the burning of the Koran would "be used as a pretext by extremists for more killings and retaliatory killing," while Pakistani Interior Minister Rehman Malik said that the burning would jeopardize "international peace and harmony."
One might think that they were talking about a conspiracy to launch a terror attack or perhaps a plan to invade Iran or some other unsavory regime. But no, they are talking about the actions of around 50 people at a dubious church in Florida who are bizarrely planning to show their love for their neighbor by burning that neighbor’s holy book.
Mr. Jones defended his actions saying, "We are burning the book. We are not killing someone. We are not murdering people."
This is perfectly true, but the sad fact of the matter is that when a crazy Christian decides to burn books, crazy Muslims (who, it has to be said, seem to be rather more numerous) decide to burn people. This, no doubt, is why so many people are begging him not to go ahead with his grotesque stunt.
This is precisely why the Muslim world has absolutely no right to ask Obama to deprive a U.S. citizen of his First Amendment rights – even if he chooses to use that right to offend others. Rather they should be preventing their own citizens from performing much worse acts.
In Iraq, an ancient and once-numerous Christian community has all but disappeared since the overthrow of Saddam Hussein. Those who have survived being murdered by Islamic militants have more often than not decided to leave for Europe or the U.S., where it is considerably safer.
In Pakistan, where the government has complained the loudest about the Koran burning, Christians are often not so fortunate as to be able to just leave. Generally among the poorest in society, they are often treated as sub-humans by the more ruthless of their Muslim neighbors, who are often their employers.
A Pakistani Christian may find that his Muslim employers decide not to pay the wages with which he supports his family. In extreme cases, if he complains, he will be murdered by his employers for his insolence.
The abduction and rape of Christian girls in Pakistan is also becoming increasingly common, with one 12-year-old being raped by seven or eight students from a madrassa in Rawalpindi who wanted to "teach these Christians a lesson." When the father of another girl of 16 suffered a similar fate (this time at gunpoint), he was kidnapped and tortured for reporting the crime. This all in the last couple of months and far from unusual but, unlike Mr. Jones, they did not get in the papers
If any country is to lecture America on the religious tolerance of its citizens, it should not be Pakistan, whose own authorities often take their time when dealing with such complaints and sometimes don't act at all until the local population protests in large numbers.
Egypt, which has also been warning about the Koran burning, faces similar – although not quite as severe – problems to Pakistan, while in Indonesia extremists content themselves just with disrupting the services of other religions and defacing churches.
Saudi Arabia, which is home to many of Islam's holiest sites, has been relatively quiet on the matter. Why? Perhaps because while it is well known the country regularly confiscates Bibles from visitors, it is perhaps less well known that the regime has been accused of shredding the Bibles, as presumably they have no other use for them.
Despite all this, and the fact that citizens of these countries are often found to be plotting terrorist attacks (does this not threaten "international peace and harmony," Mr. Malik?), such countries presume to tell Americans how to behave. Are they serious? We should be telling them.
[by William Dove, The Christian Post]
Posted by Don G. Brock at 11:05 PM 1 comment: