A day of prayer for judicial common sense

The news came as a bit of a shock last week: According to a federal judge in Wisconsin, the National Day of Prayer is unconstitutional. U.S. District Judge Barbara Crabb ruled that a federal endorsement of the day somehow violates the "Establishment Clause" of the First Amendment.
To even the casual observer, Judge Crabbs's decision was a curious and perplexing one. After all, there have been federally recognized days of prayer in America for as long as there have been stars on the flag.
In fact, to review the history of sanctioned and recognized prayer in the United States is to study the history of the country itself. Dating back to 1775, the Continental Congress designated a time for prayer in forming a new nation. President George Washington called for a "Day of Public Thanksgiving and Prayer" in 1795. President James Madison followed suit, as did President Abraham Lincoln during the darkest days of the Civil War.
President Franklin Delano Roosevelt went a step further when he addressed the nation on D-Day, June 6th, 1944, leading the country in a somber but powerful petition. "Success may not come with rushing speed, but we shall return again and again; and we know that by Thy grace," he implored, "and by the righteousness of our cause, our sons will triumph." Over the crackle of the late night radio airwaves President Roosevelt couldn't have been more overt and passionate, sounding as much prophet and preacher as president: "Help us, Almighty God," he continued, "to rededicate ourselves in renewed faith in Thee in this hour of great sacrifice."
Of course, to be fair, precedent alone is not reason enough to uphold the constitutionality of a national tradition. If it were, the evils of slavery would still be with us and the civil rights of millions of Americans would still be bound up in the prejudicial politics of the past. But in this instance, regarding the declared unconstitutionality of the National Day of Prayer, both fact and faith are clearly at odds with Judge Crabb's unilateral decision.
Legal scholars agree that the Establishment Clause was devised to prevent the United States government from declaring and financially supporting a "national religion" much like Great Britain did with the Church of England.
And thank God they did.
But even an enthusiastic atheist would have a difficult time explaining how merely recognizing the first Thursday in May as a "Day of Prayer" (without any denominational attribution or financial support) is akin to establishing a national religion. By Judge Crabb's standards, if the federal recognition of the National Day of Prayer is illegal, so is Christmas Day and Easter Sunday.
As a Christian, I view the matter of prayer with an admitted bias, but one studied with both my head and heart. Clearly, prayer means different things to different people. Personally, I receive my understanding of prayer and its collective purpose and power from the Old and New Testaments in the Bible. I do not view prayer as merely a recitation of personal requests, though I do regularly pray for the health and well-being of my wife and two boys. Prayer is very personal; it helps me remember again and again that life is not about me and how utterly and wholly dependent I am on God.
I am not alone in my understanding and practice of this both mysterious and reflective practice; but we Christians support a National Day of Prayer for reasons well beyond selfish interest. A colleague of mine at Focus on the Family tells the story of a mentor back in Texas who used to say he always got down on his knees to pray because "it makes it real clear who's in charge." Christians understand prayer to be powerful because it is the way in which we humbly and gratefully praise God. We don't believe prayer changes God's mind, but rather that prayer changes our hearts. And changed hearts lead to a more humble, grateful and healthy nation of Americans.
Who, may I ask, could possibly be opposed to that?
Judge Crabb's ruling is now rightly under appeal. I am optimistic. But for perspective regarding the way forward, believers might look to a wonderful lesson in the New Testament's Book of Acts. There, in Chapter 4, we read of two men, Peter and John, who were arrested and imprisoned for talking openly about Jesus. They were later released. When they returned to their people and explained their plight, their group did a curious and counter-cultural thing. They didn't gripe or grumble; they prayed for their captives and asked for courage to keep the faith and stay on message:
... consider their threats and enable your servants to speak your word with great boldness. Stretch out your hand to heal and perform miraculous signs and wonders through the name of your holy servant Jesus.
I believe we have reached a time and place where we are called to do likewise. I am encouraged, actually, to think that Judge Crabb's decision seems poised to do what years of free expression has not - awakened a sleeping Christian people, many of whom (though not all) have taken so many of our freedoms for granted for so long.
Now is the time for Christians, like those of the early church, to be strong and confident, not bitter or embattled.
Now is the time for believers to be bold but humble, courageous but compassionate.
Now is the time, to quote the late Ruth Graham, wife of beloved Dr. Billy Graham, to "pray for a tough hide and a tender heart."
[by Jim Daly, President, CEO, Focus on the Family]
Posted by Don G. Brock at 9:54 PM No comments: 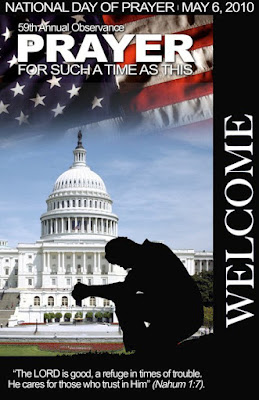