Hang Out With Other Church Leaders 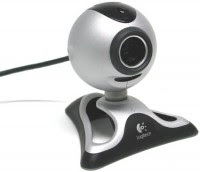 Come hang out at ChurchStaffBreakRoom.com. You'll need a webcam if you want to show your smiley face. A headset and microphone work best for audio. Come for your break, to cyber-work, or just hangout and meet some cool new peeps. The plan is to leave the room open 24 hours a day. Oh yeah ... you can text chat too if you like ...

[from MMI Weblog by Todd Rhoades]
Posted by Don G. Brock at 8:24 PM No comments: 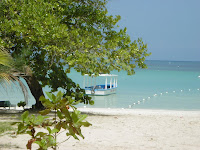 Rest, one of the most vital elements of leadership success, is too often the most overlooked. In fact, the average number of daily work hours for Americans has increased by 14.5% over the past eight years. Add an additional 22% increase for America’s leaders and it is easy to see how there is little time available for needed rest. Emphasizing the importance of rest as a vital component of optimum functioning and success for organizational leaders, the author offers strategic actions leaders can implement to achieve rest and renewal.

Obama's Pick for Invocation Under Fire 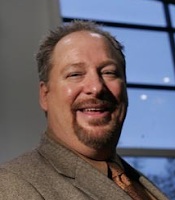 In a move that's infuriated some rights activists and other supporters, President-elect Barack Obama has chosen an evangelical minister opposed to same-sex marriage to deliver the invocation at his inauguration.

The controversy over the selection of Pastor Rick Warren, reported by Politico.com, threatens to put something of a damper on the inauguration festivities. Warren is the senior pastor of Saddleback Church in Southern California, and he supported a state constitutional amendment to ban gay marriage.

Joe Solomonese, the president of the Human Rights Campaign, described the selection of Warren as a "genuine blow" to gays and their supporters. At a news conference Thursday, Obama defended his choice of Warren, saying he wanted America to "come together," even when there's disagreement on social issues.

Warren's selection may also anger conservatives who object to Warren's more liberal views on what the government needs to do to fight poverty. Political Machine reports that some "traditional conservatives" see Warren as an opportunist.

Other details about the Jan. 20 inauguration are starting to emerge. The Associated Press reports that the day will feature performances by singer Aretha Franklin, as well as cellist Yo-Yo Ma and violinist Itzhak Perlman.

Security will be tight with more than 11,000 U.S. troops on hand for the ceremonies.

Get the full story on the Warren flap at Politico.com.
Posted by Don G. Brock at 11:32 AM 1 comment: