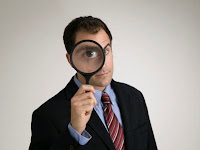 Since LifeWay Christian Resources teamed up with http://www.backgroundchecks.com/ last year to offer discounted background checks to ministries around the nation, some 450 churches have requested for more than 5,000 background checks.

While most of those searches returned clean records or minor traffic-related offenses, 80 screenings reportedly uncovered serious felony offenses, and more than 600 people had some type of criminal history that may have disqualified them from volunteering or working at a church.

That means around 13.6 percent, or roughly one in seven, of applicants were found to have a criminal history.

“That means you can’t know whether someone is ‘good’ or ‘bad’ by looking at them when they walk through the front door of your church and volunteer to serve,” she added. “That’s why LifeWay Christian Resources entered an agreement with Backgroundchecks.com to provide discounted screenings for churches.”

According to a 2005 study conducted by researchers at the University of New Hampshire and the University of North Carolina at Chapel Hill, one in 12 (82 of 1000) youth aged 2 to 17 nationwide experienced sexual victimization, including sexual assault (32 per 1000) and attempted or completed rape (22 per 1000).

"Of all the crimes against children in the U.S. every year, thousands will occur within the walls of churches and youth centers," commented Matthew Robbins with Backgroundchecks.com. "With crime and abuse at an all time high, churches must develop hiring programs that work to prevent dangerous situations before they occur."

When LifeWay entered into the agreement with Backgroundchecks.com, its affiliated denomination, the Southern Baptist Convention, was under pressure to fight child sex abuse amid a few high-profile allegations against Baptist clergy.

The Survivors Network of those Abused by Priests (SNAP) began lobbying the SBC about three years ago after having been a key advocate for victims of clergy sexual abuse in the U.S. Roman Catholic Church, which was rocked by abuse scandals starting in 2002.

Though the SBC has witnessed far fewer cases of abuse, SNAP has been calling on the nation’s largest Protestant denomination to establish an independent review board to hear molestation reports and to institute a national zero-tolerance policy.

During the SBC’s annual convention last year, however, the denomination’s executive committee opted against establishing an office to field abuse claims and against creating its own database to help churches identify predators.

While the committee decried sexual abuse as reprehensible and a sin, it said the Southern Baptist principle of local church autonomy means it's up to individual churches - and not the church body - to screen employees and take action against offenders.

The committee did, however, urge churches to vigorously conduct background checks using a U.S. Department of Justice database of sexual offenders.

In its report, "Responding to the Evil of Sexual Abuse," the committee also urged local congregations to share information when warranted with other churches.

[By Joshua A. Goldberg, Christian Post Reporter]
Posted by Don G. Brock at 12:16 AM No comments: