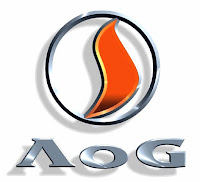 The Assemblies of God may not be on the frontlines, broadcasting their positions on political issues, but that's a calculative move, according to the head of the denomination.
"We've never wanted our political position to become a barrier to first and fundamentally reaching people with the saving news of Jesus Christ. So we've been careful not to elevate our political message above the salvific message," said General Superintendent Dr. George O. Wood.
Wood was responding to a question Tuesday during a live Q&A session that was broadcast live on the Web. The e-mailed question pointed out that other denominations seem to often step forward sooner, sharing their positions on political issues, well before the Assemblies of God.
While the Pentecostal church body does issue statements on such issues as abortion and immigration, Wood encouraged caution especially when their mission is to reach unchurched people.
If a visitor walked into a church where there were sign-up tables for political causes, the visitor may first see the church's political stance and never sit down to hear the Gospel message, Wood pointed out.
"The political cause turns them away from an opportunity to first reach their heart and soul and their eternal destiny," he explained. "We are concerned first with the eternal destiny of people because we believe there is salvation in no one other than in Jesus Christ.
"We don't want to put up any roadblocks that hinder us getting that message [out] that Jesus Christ came to save you from your sins and to give you eternal life."
Moreover, once a person becomes a follower of Jesus, as the new believer studies the Bible, that will inform their political and personal opinions, he noted.
The Assemblies of God is one of the largest Pentecostal denominations in the country with over 1.7 million members and 2.9 million adherents. In contrast to what mainline Protestant denominations have been facing for decades, the Pentecostal body has continued to see gains in adherents.
During Tuesday's "Ask the Superintendent" webcast, Wood addressed a number of hot topics, including homosexuality, speaking in tongues and the prosperity gospel.
The act of homosexuality represents an offense against God and morality, he said, and that "permanently disqualifies a person from holding ministerial credentials."
The church body "may have some latitude if a person has come out of homosexuality and has had an enduring or continuing record of morality in their life," Wood added, but districts – or regional governing bodies – are free to look at that on a case by case basis.
Regarding the Assemblies of God's doctrine on "speaking with other tongues," Wood reaffirmed the act as the initial physical evidence of the baptism in the Holy Spirit.
Just as "the initial physical evidence of being baptized in water is that you are wet, the initial physical evidence of being baptized in the Holy Spirit is speaking in other tongues," Wood underscored.
"This is in the DNA of the Pentecostal movement. It's in our DNA," he said. "One of the aspects of returning to first love and remembering first love is that we go back to the purity of the experience of the Holy Spirit that our forefathers had."
The superintendent encouraged pastors and churches to preach on such spiritual gifts in order to see an increase in spirit baptisms.
"Where something is not preached, where it's not emphasized, where it's not taught, it doesn't happen," he said.
He further made clear that the "focus on the Holy Spirit is so that we might enhance the personality and the power and presence of Jesus Christ in our lives and in our churches."
Responding to a question on the prosperity gospel, or the teaching that believers have a right to the blessings of health and wealth and that they can obtain these blessings through positive confessions of faith, Wood strongly rejected it.
"There are so many gimmicks in the body of Christ," he said, "so many charlatans that are out there in the Christian media that are basically saying 'send me $100 and watch God bless you."
"This is just nonsense," he asserted.
"If the money that has been wasted by Christians on these people who live the lifestyle of kings and queens and do little to advance the Gospel of Jesus Christ had been spent instead on mission and on Christian higher education and upon this generation, we would be a lot further down the road than we are and these people are going to answer to God."
Wood elaborated on Scripture passages that mention blessings.
"We have to take the truth of Scripture – the Lord loves a cheerful giver; what you sew, you reap some 30 fold, some 60 fold, etc. But that also has to be measured against the motive for giving. The motive for giving is not give in order to get. The motive for giving is to bless God, bless His work and bless other people," he explained.
As he envisioned the future of the Pentecostal body, Wood said the focus should be on evangelism, discipleship, compassion and worship. Worldwide, the Assemblies of God counts over 64 million adherents and it hopes to reach 100 million by the year 2020. If the body reaches its goal, it would be among the three largest recognized Christian communities in the world, Wood said.
But, "it's not a matter of competition," he noted. "We just need to reach unreached people."
[By Audrey Barrick|Christian Post Reporter]
Posted by Don G. Brock at 11:50 AM No comments: