Why Does God Allow It? 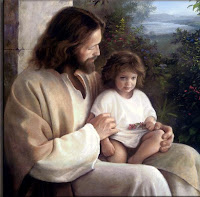 While being interviewed live on a radio station this morning I was asked, “Why does God allow tragedies like the school shooting to happen?”  I have given the question more thought since.

The problem of evil and suffering is the question of why God allows it.  Pain and suffering in themselves are not evil.  God can actually use them to help us grow.  Even death, from one perspective, is simply the beginning of a joyful eternity.  It is those of us who remain who usually suffer the most.

Even then, some of our concern over the problem of evil comes from imagining our own suffering and death rather than from our own suffering per se.  We imagine ourselves in the shoes of those who may have suffered only for a moment.  Sometimes our sense of the magnitude of the issue comes from fear as much as from actual suffering.

But if God loves us and is able to stop evil and suffering, then why doesn't he?  Here again, we do not know the extent to which he does.  God may be intervening all the time, constantly, without us knowing it.  We are mostly aware of the times when he doesn't.  It is quite possible that they stand out to us in great disproportion to the number of times he does step in and change the course of history.

Why doesn't he step in every time?  We must ultimately trust that he has some larger reason not to step in.  We must believe that he doesn't step in because there is some greater good either for us or for humanity as a whole.

This answer to the problem of evil is the "free will" explanation.  In its classical form, it says that God gave Satan and Adam a choice between good and evil, and they made the wrong choice.  In Adam's case, the result was a world where people have a tendency to do wrong and where the created realm is enslaved to corruption and decay (cf. Rom. 8:19-21).  St. Augustine in the 400s saw the evil and suffering in the world as a direct consequence of Adam's sin in Genesis 3.

As someone from the Wesleyan tradition, I believe that God still empowers us to make choices for good in this world.  We can of course go with the human default of selfishness, usually with a resulting detriment to ourselves and others around us.  But I believe God makes it possible also for us, both individually and collectively, to do good in the world as well, if we will.

A supplemental answer to that of free will is the "Irenaeus" answer, proposed some two hundred years before Augustine.  Irenaeus suggested that suffering can make us stronger.  Without hardship, our wills would not face the kinds of choices that enable us to grow and become morally great.  We can understand natural laws as a mirror of the principle of freedom, where God allows the laws of nature to play themselves out without regularly intervening. Sometimes, those laws play out in a way that results in our suffering, and we face the choice to grow or become bitter.

But ultimately, it comes down to faith in the mystery of God's goodness.  By faith we believe that God is good.  I do not believe that God orchestrates evil or that he directly causes all suffering.  For reasons that are usually beyond our full understanding, he certainly allows it.  Sometimes he intervenes.  Sometimes he doesn't.

We believe by faith that God is good and that the sovereign king of the universe will do right (Gen. 18:25).  Sometimes we can guess at why God might allow something, but we cannot be certain in this life.  We must have faith in the mystery of his goodness, that he is working everything for good in his ultimate game plan.

[from Quadrilateral Thoughts by Ken Schenck]