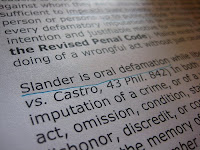 The wife of Pastor Joel Osteen did not assault a flight attendant during an angry tirade over a stain on her first-class seat, a jury ruled Thursday.

Jurors rejected Continental Airlines flight attendant Sharon Brown's claims that Victoria Osteen threw her against a bathroom door and elbowed her in the left breast while attempting to rush the cockpit because she was angry that a stain on her seat's armrest was not quickly cleaned up.

"I'm glad it's over," Victoria Osteen said afterward. "I expected it because it's the truth and I know the truth always stands firm."

Joel Osteen said he and his family hold no ill will toward Brown.

"It's a great vindication and shows us the faithfulness of God," he said.

Brown was suing for at least $405,000 for physical and mental pain suffered as a result of the attack she alleged had occurred before takeoff aboard a December 2005 flight from Houston to Vail, Colorado.

Victoria Osteen and her husband, who also was aboard the flight, testified that the alleged assault never happened. Three first-class passengers and a pilot aboard testified Wednesday they never saw or heard anything that indicated Victoria Osteen assaulted Brown.

Another flight attendant, Maria Johnson, supported Brown's claims. Both flight attendants testified they had to block the cockpit door to prevent Victoria Osteen from getting inside.

Brown's side earlier sought an apology and punitive damages amounting to 10 percent of Victoria Osteen's net worth as part of her lawsuit. Victoria Osteen's attorney, Rusty Hardin, has declined to discuss her finances. It was unclear what percentage of her net worth the $405,000 might be.

Victoria Osteen told jurors she went up to Brown after no one helped her clean up the spill. She said it was Brown who became angry during their discussion. Victoria Osteen denied ever touching Brown or trying to get into the cockpit.

Hardin tried to cast doubt Brown suffered any physical or mental injuries. Under cross-examination, Brown acknowledged that doctors found no physical injuries on her and she delayed getting psychiatric treatment.

Claudia Hall, a former Continental flight attendant, testified by video deposition she was falsely accused by Brown of hitting and pushing her into the bathroom wall of a plane in November 1995.
Posted by Don G. Brock at 1:44 AM No comments:

The former president of Oral Roberts University, who stepped down amid allegations he misspent school funds to live in luxury, is being offered a severance package but university officials won't divulge its terms.

Richard Roberts, the son of school founder Oral Roberts, resigned in November. He and his wife, Lindsay, were accused of spending money on shopping sprees, home improvements and a stable of horses for their daughters at a time when ORU was more than $50 million in debt. Both have repeatedly denied wrongdoing.

Billionaire Oklahoma City businessman Mart Green took the reins at ORU in January, donating $70 million and pledging to restore the public's trust in the small evangelical school. Billy Wilson was selected to serve with Green as Vice Chairman of the Board of Trustees.

On Wednesday, Green called the proposed severance agreement "fair, reasonable, and in the best interest of ORU." The package has yet to be finalized, and Green refused to comment further on the details.

"He was promised a severance and he should get his severance," said Hagedorn, who would not say whether his client was assured severance when he resigned last November.

Critics say any deal for Roberts sends the wrong signal.

Richard and Lindsay Roberts still face a lawsuit brought by two former professors who claim they were forced out after alleging financial and ethical wrongdoing on the part of Roberts and his family. They also are named in a lawsuit brought by Trent Huddleston, a former senior accountant at ORU, who is suing for wrongful termination.
Posted by Don G. Brock at 1:37 AM No comments: