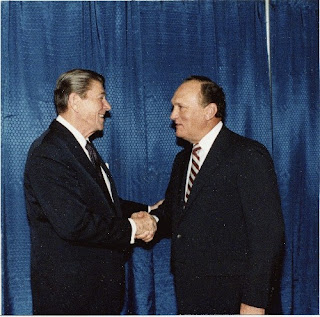 Dr. Ray H. Hughes Sr., former general overseer of the Church of God (Cleveland, Tenn.) and past president of Lee University and the National Association of Evangelicals, died late Monday night. He was 87. Hughes was the top leader of the denomination on three separate occasions, the most recent in 1996. He is the only person in the 125-year history of the Church of God to serve as the denominational leader three times.

A widely respected evangelical leader, Hughes rose to top leadership posts in several other organizations, including president of Pentecostal Fellowship of North America and the Pentecostal World Conference. During his chairmanship of the PWC, he led worldwide conferences in Oslo (1992), Jerusalem (1995) and Seoul (1998).

Hughes was first elevated to the post of general overseer of the Church of God after the death of R. Leonard Carroll in January 1972. He was elected later that year to serve out the two-year term and was re-elected general overseer in 1978. He served until 1982 when tenure limitations came into effect. In addition to general overseer, Hughes was elected to first, second and third assistant general overseer on several occasions, serving a total of 22 years on the Executive Committee, the denomination’s highest-ranking body of leaders.