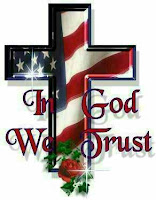 A federal appeals court put an indefinite hold on California same-sex marriages Monday, overruling the order of a lower court judge who paved the way for such unions to commence starting Wednesday.
The week before, Walker had ruled that people of the same sex have the right to marry and that the decision of the majority to define marriage as the union between a man and a woman – as Prop. 8 had done – violates that right.
To read more ...
Posted by Don G. Brock at 10:54 AM No comments: