We Can't Find It In The Bible

According to a CNSNews.com article, in her Earth Day news release, House Speaker Nancy Pelosi (D-California) attributed this quote to the Old Testament: "To minister to the needs of God's creation is an act of worship. To ignore those needs is to dishonor the God who made us."

However, many biblical scholars cite a problem with that quotation: it doesn't exist in the Bible.

It was not the first time Pelosi has used this alleged biblical passage. The California Democrat has used it on several different occasions, and has even attributed the passage to the Old Testament Book of Isaiah.

Dr. Raymond Bohlin is president of Probe Ministries, a non-profit apologetics ministry. He offers his findings. "You're just not going to find that kind of statement anywhere in Isaiah, let alone anywhere directly in scripture at all -- Old Testament or New Testament," says Bohlin. "So, you know, it's hard to know where something like that gets started. But it's unfortunate that she's referring to it as a scripture quotation because it's not."

Although Bohlin agrees that Christians need to be good stewards of the environment, he believes Pelosi and others share a twisted view of that biblical principle. "[Sometimes] they may put ... a sort of Christian caring and compassionate view to things," he notes. "But ultimately, down deep, I think they're operating within the context of a naturalistic worldview that's looking to be concerned for all of life, and for all of earth -- and that becomes the primary value." As a result, he concludes, "what happens to human beings becomes a secondary value."

Speaker Pelosi has used the quote while defending her stance on issues from the environment to the budget.
Posted by Don G. Brock at 9:14 AM No comments: 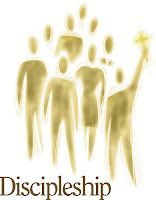 1. Information doesn't guarantee transformation. Information alone doesn't change people. If it does, what's our excuse? (Never before has the church been so resourced.) There's been a big disconnect between the head and the heart. Very true, discipleship isn't merely about information download. Too often we have treated discipleship like a classroom. But Jesus didn't disciple in a classroom. It was life on life. With life on life spiritual investment comes true, meaningful and real spiritual transformation.

2. Never equate longevity with maturity. It is possible to be in the church a long time but not have increasing evidence of Jesus' indwelling. Any congregation can become a spiritual club, where graytops are merely infants in diapers. I heard a friend say that too many people in the church suffer from the Sponge Bob problem - they just come to church to sit and soak. If that is all people do, they will never grow. Spiritual transformation is never passive.

3. The measurement of discipleship is obedience. Nothing more, nothing less. I would add this qualifier that we don't want obedience stemming from legalism, but rather a person whose heart and life is captured by the love of the gospel. It is true that discipleship isn't merely about "knowing," but we must be "applying," otherwise it falls short.

4. Personal charisma doesn't guarantee transformation.You can be a nice guy and still be a Lost nice guy. Having spiritual manners -- even some spiritual sensitivity -- doesn't make you mature. Nice people are adept at fooling others. Of course it is true that external niceness doesn't necessarily indicate internal heart transformation. People can wear masks and be posers. Discipleship demands that we are willing to delve beyond external behavior and manners and get deep into matter of the heart.

5. Disciples aren't made effectively in classes. There's no way around it: time, time, more time. Coffee, coffee, more coffee. One conversation, then another. Classes are components but shouldn't be the main method. Disciples are made within the messiness of real life. There is no substitute for it. People want to see how faith intersects real issues, struggles and challenges in life. You can't teach that in a classroom.
Posted by Don G. Brock at 8:37 AM No comments: