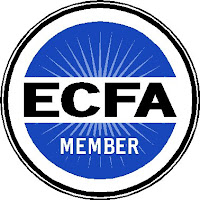 Two evangelical Christian institutions under scrutiny for past financial practices have won accreditation from the Evangelical Council for Financial Accountability, the group announced Thursday.

Oral Roberts University in Tulsa, Okla., and Joyce Meyer Ministries of Fenton, Mo., are now members of the council, which was founded in 1979 in an attempt to provide a sort of stamp of approval and show that evangelical institutions can police themselves.

To win accreditation, the groups must "faithfully demonstrate compliance with established standards for financial accountability, fundraising and board governance," ECFA said.

In 2007, Oral Roberts University fell more than $50 million in the red as then-president Richard Roberts and his wife came under fire for allegedly spending school money on home remodels, lavish vacations and a stable of horses for their daughters. The Robertses have denied any wrongdoing.

Roberts resigned, and the school cut its debt to about $15.4 million as of January, thanks largely to a $70 million pledge from Oklahoma City businessman Mart Green, who took over as board of trustees chairman.

"This accreditation shows our commitment to economic sustainability and accountability and is another milestone in building trust in the new ORU," Green said in a statement.

Joyce Meyer Ministries, headed by the author and inspirational speaker, was one of six large Christian ministries that faced an investigation in November 2007 from Sen. Charles Grassley, the ranking Republican on the Senate Finance Committee.

The probe also received the backing of Sen. Max Baucus of Montana, the committee's Democratic chairman.

Officials for Meyer's group — whose spending on expensive furniture, among other things, received scrutiny — have expressed confidence it would be found in "complete compliance" with financial regulations.

Grassley called the new ECFA accreditation "a positive development" and said: "I hope other ministries, including the ones I'm looking at, will pursue accreditation."

Grassley said Thursday he and his staff were reviewing the information provided by cooperating ministries and "continue to weigh our options" regarding those that had incomplete answers or failed to respond: Randy and Paula White of Without Walls International Church, Eddie Long of New Birth Missionary Baptist Church/Eddie L. Long Ministries, Kenneth and Gloria Copeland of Kenneth Copeland Ministries and Creflo and Taffi Dollar of World Changers Church International/Creflo Dollar Ministries.

[from The Christian Post]
Posted by Don G. Brock at 8:51 PM No comments: