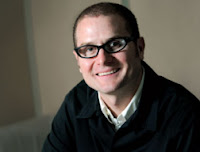 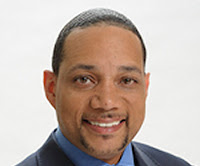 A representative with the New York Chief Medical Examiner's office revealed Friday that the much-anticipated toxicology results for Florida minister Zachery Tims would not be available until sometime next week.

In a call with The Christian Post, Ellen Borakove, director of Public Affairs at the New York Chief Medical Examiner's office, said results for the toxicology tests were "very close" and that more information would be available by Tuesday or Wednesday.

Tims, senior pastor of New Destiny Christian Church (NDCC) in Apopka, Fla., was found dead in his room at the W. Hotel in Times Square on Aug. 12.

The minister, who was in town for a speaking engagement, was found on the floor of his hotel room. Investigators revealed that a glassine envelope of white powder was found in Tims' right pants pocket.

Investigators were reportedly considering the possibility that Tims might have died from a drug overdose.

The charismatic preacher battled drug addiction before becoming a Christian, a subject which he focuses on his memoir It's Never Too Late.

But Tims professed that God turned his life around.

"I'm a living witness [that] it is never too late," he stressed on TBN's "Praise the Lord" program, which he frequently hosted.

NDCC is currently in the process of searching for a new leader, as Tims did not leave behind instructions regarding a successor.

Church administrators have not commented on the suspicious substance found on Tims, but Bishop T.D. Jakes, who delivered the minister's eulogy during his Aug. 21 funeral, insinuated that Tims struggled with personal problems.

In the eulogy, The Potter's House minister compared Tims to Jacob from the Bible, whom God renamed Israel.

"I thought I was the only one who knew how unhappy Zach was, how broken he was, how afraid he was if anybody was to see any flaw in him," Jakes said. "He tried hard to heal himself, to fix himself … I don't know what happened in that room in New York, but I can only hope that as Zach was dying, Dr. Tims stood up."