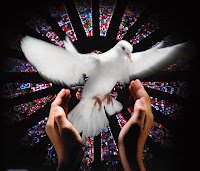 Leaders, scholars, and students within the Pentecostal and Charismatic movement will be meeting next year for a landmark gathering to examine the future of the movement, adopt new language, and foster growth, unity and more effective outreach.

”With more than 100 years behind us since the Azusa Street Revival and a new century before us, the time is now for a serious conversation on the future of the movement,” announced the Rev. Billy Wilson, chair of the Commission on Holy Spirit Empowerment in the 21st Century, executive director of the International Center for Spiritual Renewal and vice chair of the Oral Roberts University (ORU) Board of Trustees.

"Our hope is that through the work of the Commission new generations will experience the power of the Holy Spirit,” he added in an announcement Thursday about the upcoming gathering at ORU in Tulsa, Okla.

"We are excited about what the Holy Spirit will do on campus during the next several months," Wilson said.

The “Congress on Holy Spirit Empowerment in the 21st Century” on Apr. 8-10, 2010, is expected to serve as the culmination of a series of meetings that recently commenced to discuss the future of the Pentecostal and Charismatic movement and how to introduce “Spirit-empowered” living to a new generation.

Some of the outcomes that congress organizers anticipate include solutions for the future of the Pentecostal and Charismatic movement; the presentation and adoption of new, contemporary vocabulary; increased unity between traditional Pentecostals and Charismatics and emerging churches; and encouragement of the continued growth of “Spirit-empowered” ministries.

“We believe the greatest days for ORU and the world are ahead of us as we embrace a fresh empowerment of the Holy Spirit,” stated Mart Green, board chair of the ORU Board of Trustees and president of Mardel, Inc. in Oklahoma City, Okla.

“The ORU Board of Trustees is excited about the Commission on Holy Spirit Empowerment in the 21st Century and how it is positioning ORU in a place of servant leadership to the global Christian community,” he added.

According to organizers, three tracks of conversation have been established and include a leadership track, a scholars track and a new generation track. The leadership track includes leaders from the traditional Pentecostal and Charismatic community as well as leaders in new emerging ministries. The scholars track, meanwhile, will include leading scholars from the Pentecostal and Charismatic community with an intentional focus on diversity to facilitate a broad range of thought. Lastly, the new generation track will be a combination of new generation ministry leaders and students to reflect on Spirit-empowered living in their generation.

Once relegated to the theological fringe, the Pentecostal and Charismatic movement is now one of the fastest-growing sectors of Christianity.

Over the past century, the movement has grown from a handful of individuals and organizations to a global force of more than 600 million people.

"An organization is in flow, or in a state of equilibrium, when the required number of management layers (vertical architecture) matches the effective reach (or span of control) over the relevant resources that the organization needs in order to achieve its purpose."

After briefly explaining the problem and the key concepts used in correcting it, he begins to present practical application of his ideas for creating accountability within an organization.

He addresses questions such as: How many layers of management are necessary? How do leadership requirements change at different levels? How can potential leaders be identified? How can they be developed? How should people be rewarded?

Is He Speaking To You?

Remember, Paul was fasting when God called him and shared the assignment for his life, and Peter was fasting on the rooftop when God gave him a new revelation and called him to take the gospel to the Gentiles. What will God reveal to you during your Fast?

On your ninth day of fasting, remember:
- Water needs to be with you at all times
- Rest and relax as much as possible
- Remember your prayer time and prayer place
- Write your thoughts in your prayer journal
- Continue to meditate and listen
- Sugar free mints

Physical Effects:
- Senses are heightened
- Weight loss continues
- You become mentally aware of the Lord’s presence all around you
- Your hunger for His provision and His attention is intensified

Today’s Quote: Fasting prepares the way for God to give you fresh revelations, fresh visions, and clear purpose. God will do this for you. Stay the course, finish the race. An incredible reward of fresh wind and fresh fire awaits you on the other side.” (Jentezen Franklin)

Thoughts for your Journal:
- Think about the mental, physical and spiritual battle you encounter as you combat the hunger pangs.
- Reflect on the battle that ensues between the carnal man and the spirit.
- How has God’s presence become clearer through this experience?
Posted by Don G. Brock at 11:13 AM No comments: 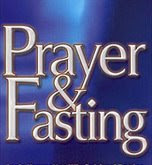 I'm reminded today of that old hymn "When We Walk with the Lord." It says "what You say, we will do, where You send we will go; never fear, only trust and obey."

Help my condition, Lord, that I will not fear, but that will walk with You all the days of my life and have faith to always trust and obey, and leave the outcome to You.