• They have a losing attitude: People generally get whatever they expect out of life. Expect the worst, and that’s what you’ll get.

• They quit growing. People are what they are, and they are where they are because of what has gone into their minds.

• They have no game plan for life. As William Feather, author of The Business of Life says, “There are two kinds of failures: Those who thought and never did, and those who did and never thought.”

• They are unwilling to change. Some people would rather cling to what they have rather than embrace what might be better because they are afraid of getting something worse.

• They fail in relationships with others. People who cannot get along with others will never get ahead in life.

• They are not willing to pay the price for success. The road to success is uphill all the way. Anyone who wants to accomplish much must sacrifice much.

[From Success One Day At a Time, by John Maxwell - as posted on Eagle Flight: Reach ~ Restore ~ Relate by Pastor Milton Gordon]
Posted by Don G. Brock at 10:11 AM No comments:

Howell County Presiding Commissioner Larry Spence served as the emcee for the evening, and the invocation was given by Scott Williamson, pastor of Willow Springs First General Baptist Church.

Howell County News publisher Kim Wehmer was named the Adult Citizen of the Year, with the award presented by chamber of commerce board member Loretta Jones.

In the award presentation by First National Bank president and chamber board member Jon White, White said Prewett was in Branson at the time of the fire.

"Within a matter of days, he summoned help to relocate his business to the other end of town,” locating at a former Missouri Department of Transportation building near the north junction of U.S. Highway 60-63 and its business route.

In May 2008, repairs to his buildings were complete, and Prewett’s returned to its original location, on Main Street across from ALCO Discount Store and First National Bank.

White said Prewett is the pastor of the Church of God of Prophecy, and has suffered tremendous family loss – with five family funerals in recent months, including his father and grandfather. White said Prewett’s wife used three words to describe him – loving, compassionate and caring. “You can’t have one without all three,” said White.

The President’s Award and Lifetime Achievement Award was presented to former Bears’ coach Brent Colley, with the award presented by Larry Spence.

The Get Motivated Seminar Was Awesome 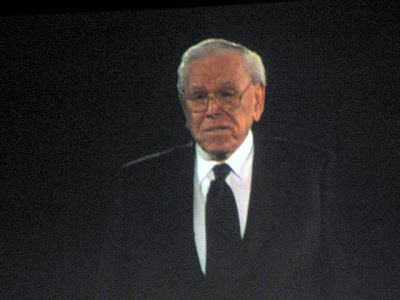 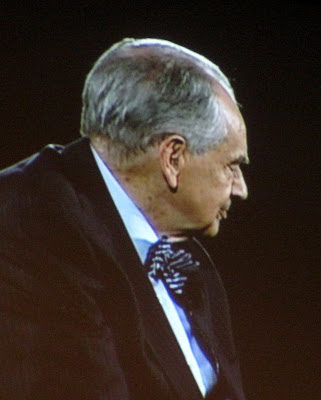 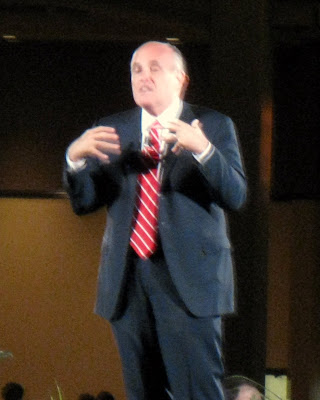 Synergy was pleased to be a part of the Get Motivated seminar in Huntsville Wednesday. It was not only an inspiring experience, it was a new way to have church. The venue was packed.