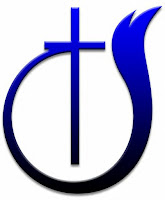 The Wednesday and Thursday evening services of the 73rd General Assembly in Orlando will be broadcast live on the DayStar Television network. Both broadcasts will be televised at 8:00 p.m. Eastern time and 7:00 p.m.
The Wednesday service will feature the ministry of Israel Houghton, a well-known contemporary Christian artist who will lead in music ministry. The message will be delivered by Rev. Franklin Graham, president of Samaritan’s Purse who also leads the Billy Graham Evangelistic Association.
The Thursday evening service will feature a message by Rev. Tim Hill, first assistant general overseer of the Church of God.
Evening services are free and open to the public.
The Church of God General Assembly officially opens on Tuesday morning July 27 with the official opening of the event by moderator, General Overseer Raymond Culpepper. The Assembly concludes on Friday evening with a message from the general overseer.
For more information, visit www.churchofgod.org. Follow the General Assembly on Twitter: @cogga2010.
Posted by Don G. Brock at 8:36 PM No comments:

CLICK HERE for a complete color program of the CGP International Assembly.
Posted by Don G. Brock at 7:07 PM No comments:

CLICK HERE to hear from Pastor Bryant Wright, the new Southern Baptist Convention President.
His heart for the churches in the Southern Baptist Convention is ...
1. A return to Christ as our first love. When we return to Jesus as our first love in our pulpits and pews, we will begin to see a rekindled love for the gospel reaching all people.
2. A radical change in priorities in order to fulfill the Great Commission. This begins with each individual believer seeking to fulfill our role through the local church and continues with pastors and churches recognizing the immense need of getting more and more Cooperative Program dollars to the unreached people groups of the world and into the under-reached areas of North America.
3. Churches must begin to look at global ministry differently. It is my hope that every church participates in sending its pastor and members on at least one mission trip annually. I also am praying that this fall every church will step out on faith and set its largest goal ever for the Lottie Moon offering.
Posted by Don G. Brock at 3:40 PM No comments:

I read a news release some time back about an organization that had announced that it would be giving away grants to local churches that motivate young Christians to enter into ordained ministry. Evidently, there is a shortage of new clergypersons to take the places of an aging ministry force.
In my years as a pastor, I have witnessed this shortfall. Fewer seminary students are seeking a career as senior or associate pastor. Many of those who graduate with advanced degrees do not plan to work in the local church. Bottom line: there is a shortage in many fellowships of newly assigned spiritual leadership.
This past week, I was speaking at an event and a young lady introduced herself to me at the conclusion of my talk. She delivered a message to me from her dad, whom I had baptized 25 years ago. Then she said, "My dad is now attending seminary, and he is reading one of your books." I was amazed. All of those years had passed, but God continued to work in that man's life — eventually directing him into ministry.
That event of a few days ago caused me to stop and think of the many in my congregations who had followed the Lord's call full-time. I am sure you can see the faces of those you influenced who are now walking in your footsteps. Can there be a greater thrill than to see the hand of God directing the path of those you shepherd?
I can also think back to the many times, as a teenager or college student, that a man of God would preach a message imploring those present to "surrender" to God's call. They would often quote from Acts 16:9, "Come over to Macedonia and help us." Or from Matthew 4:19, "Follow me, and I will make you fishers of men."
You know what I think? I think that we would have more of our congregants entering into ministry if, one, we were more positive about the experience; two, we would challenge them; and three, we would recognize the value of God's unique call.
When was the last time you presented a message like that? I found the following outline in my Bible today. It's all yours.
Be blessed and be a blessing.
[by H.B. London]
Posted by Don G. Brock at 2:52 PM No comments:

The Church of God of Prophecy International Presbytery meeting in Greensboro, NC has produced three new General Presbyters to lead regions of their global efforts. The new Presbyters will be announced in the first general session of the International General Assembly Tuesday morning, July 27, 2010.
Posted by Don G. Brock at 2:23 PM No comments: 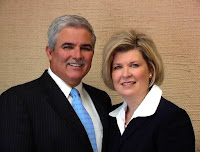 North Carolina State Overseer for the Church of God of Prophecy, Bishop Steve Gilmer, has announced that he will return to pastoral ministry. Bishop Gilmer is the son-in-law of former General Overseer Fred Fisher. The following email was released today by Bishop Gilmer:
"I gave the North American Presbyter and General Overseer the following information on Friday, July 23, 2010. They both received it with regret, yet understanding and respect. I received permission to give you: fellow Pastors, State Staff, friends and family this information."
Rockingham (NC local church) Deacons gave scripture, admonition and announced that after two weeks of prayer, fasting and meetings, the Rockingham Committee unanimously agreed that they felt it to be the will of the Lord for Steven Gilmer to become the pastor of Rockingham. "Vonnie and I were installed at Rockingham by the Church Committee and accepted by the church. We are excited about the future."
[July 22, 2010 Letter]
Fellow North Carolina Pastors:
May 17, 2010, the North American Presbyter, Bishop Sam Clements informed me by phone that there would be a leadership change in North Carolina. That was confirmed by letter on June, 2010 and again by email on July 16, 2010. Since the phone call in May, my wife and I have been in constant prayer, fasting and consultation with spiritual mentors and prayer partners. Our time spent in prayer and consultation have been honest before the Lord concerning where the Lord would have us to continue ministering for Him.
On May 17, 2010, Bishop Clements stated that he wanted me to remain with his team of North American Overseers and stated that he wanted to appoint me as State Overseer of Virginia. While we would be honored to serve the beautiful state of Virginia and her wonderful people, we feel it is the Lord's will to decline the appointment as State Overseer of Virginia. We will fulfill our current responsibilities in North Carolina until August 31, 2010.
I was appointed as your State Bishop by Bishop Billy Murray at the International Assembly in 2000. The past ten years as your State Bishop has been fruitful and rewarding. I have given all of myself to this administrative work. Vonnie and I have given you our hearts as we tried to shepherd pastors. We feel that our state is more united than any of the 20 years we have served in North Carolina. We have successfully developed lay leadership and ministerial leadership. Many of the young leaders we have invested in are serving in the local churches and in the pulpits across our state. We have tried to model relational leadership instead of positional leadership. But most of all we have simply loved you with all of our hearts and you have loved us in return.
We regret that major projects, potential leadership development and independent churches desiring to unite with our organization are unfinished. However, our prayer is that our successor will be able to complete the work that has been started and soar to even greater successes. I pray that you receive our new State Bishop and his family with open arms and open hearts. They deserve the best efforts that North Carolina has to offer.
Since May 17, 2010, my wife and I have been earnestly and open heartily seeking God's will for our continued ministries. July 6, 2010 God opened a door to fulfill our heart's desire. After several meetings with the local church committee and suggesting other individuals, the church committee unanimously asked us to accept the pastorate at our Rockingham church. Vonnie and I are honored to return to the Pastoral ministry.
We look forward to challenges that are ahead, as we fulfill a new vision and mission at the local church level. We have the peace of the Lord and desire to continue to work for Him with all of our heart, soul, mind and strength.
Serving God - Reaching People,
Bishop Steven L. Gilmer
Posted by Don G. Brock at 1:57 PM No comments: 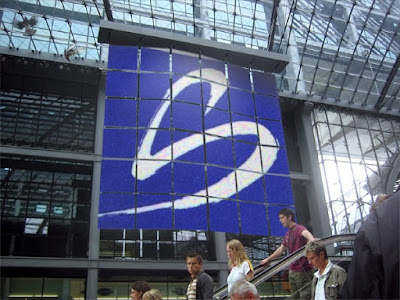