Churches Will Suffer Loss of Donations 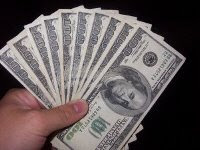 A new survey from The Barna Group shows that more than 150 million Americans said they have been affected by the economic turbulence, and are now passing on their financial pain to churches and other non-profit organizations by cutting back substantially on their giving during the fourth quarter of 2008.

Barna reports that two out of every three families — 68 percent — have been noticeably affected by the financial setbacks in America. Nearly one out of every four (22%) said they have been impacted in a "major way." Interestingly, the people least affected have been those under 30 years of age — perhaps because relatively few of them have substantial retirement funds — as well as Asian households and those who describe themselves as mostly conservative on social and political issues.

During the past three months, one of the ways that adults have adjusted to their financial hardships has been by reducing their charitable giving. In total, one out of every five households (20%) has decreased its giving to churches or other religious centers.

The Barna study revealed than many churches have attempted to help their congregants understand and responsibly address the current financial challenges. Among those who attend a Christian church, the survey found that one-third (35%) said their church had offered a special talk about the financial situation; 37 percent said their church had offered opportunities for personal financial counseling; 73 percent of those who were struggling financially were provided with special prayer support, and 52 percent said that their church had increased the amount of material assistance made available to congregants during the past three months.

Visit Barna.org to view the complete report.
Posted by Don G. Brock at 11:28 PM No comments: