Is "People Pleasing" a Condition? 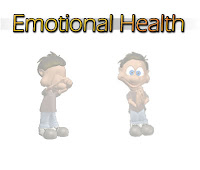 “People pleasing” is fairly common. There are many books written on the subject. It is the desire to please others as a way to ensure that they like us. “People pleasers” tend to follow the crowd, agree with the majority opinion, do not want to upset people and or risk people becoming angry or upset with them. “People pleasers” also don’t want to be a “bother” and find it easier to be agreeable and to conform. They also avoid confrontations and try not to bring attention to themselves.

There are many problems with this sort of pleasing behavior. One problem is that acquiescent behavior seems to invite others to take advantage of you. Some might perceive you as “weak.” Because “people pleasers” may be sending off a “vibe” that may be perceived by some as “weak” or easy to control, it is not uncommon to attract individuals who tend to be pushy, dominant or bossy. Did you ever notice that “people pleasers” often times find themselves in relationships paired with these types of individuals? “People pleasers” tend to attract people who will take advantage of them. It’s no coincidence.

The second problem with the yielding nature of “people pleasers” is that they adopt the ideas and opinions of others. This means that your thoughts and ideas are not your own; instead they are comprised of what everyone else wants and thinks. In this way, you are not living as authentically “you” but you risk becoming a compilation of others around you. It would be difficult to be truly happy living as somebody you are not.

Fundamentally, “people pleasers” may feel that they are inferior and that others around them are superior. This may be why they’re unwilling to be themselves around others or to show their true selves. Unfortunately, this means that “people pleasers” end up living an unsatisfactory life that includes regularly bending to the will of others, forsaking themselves of who they truly are in the process.

It is also possible that individuals engage in “people pleasing” behavior because it is easier for them to yield to others than to stand up for themselves. Being a “people pleaser” also means that it may not be necessary to form your own ideas, thoughts, opinions, and so forth. If you were assertive and had ideas of your own and you made them known to others, then you would have to deal with whatever consequences were associated with standing your ground. The risk is that there might be negative consequences associated with having an opinion (i.e. someone may disagree with you) and for the “people pleaser”, the thought of someone not liking them may be unbearable. Let me try to explain using a hypothetical situation.

For instance, if you wanted to go the museum but your friend wanted to go to the movies and you told her “for once, can we please do what I wanted to do,” she might get angry with you for not doing what she wanted (because she’s probably used to getting her way with you). If you stood up for yourself and insisted on the movies and this angered her, this would mean that you would have to deal with her becoming angry with you and perhaps you’re not sure how to handle that. As a way to resolve this, you decide “who cares, even though I do not want to go to another movie and we always do what she wants I can go the museum by myself another day” and you tell her, “hey, let’s go to the movies, I can go another day to the museum.” And when you give in, she’s no longer angry with you. In this situation, giving in to her was easier than saying no to her.

The reason why you decided to go to movies and not the museum in this hypothetical situation matters. If you gave into her because you did not want her to be angry with you and you did not want to seem “difficult” this would have been incorrect. The reason is because your motivation to give in to her would have been due to your fear of her disliking you or becoming upset with you. If you said yes to her idea about the movies because you truly wanted to go and the last several times that the two of you were out, you had done what you wanted and you thought it was only fair that you did what she wanted, then going to the movies over the museum would have been appropriate. Again, what matters here is why you would have decided the movies over the museum. If I were your therapist I would be discussing matters like this with you.

Ask yourself these questions: Should your opinion matter less than another person’s opinion? Is what you want to do less important than what someone else wants to do? Aren’t you tired of doing what everyone else wants to do or agreeing with what others say to be true? Where did you learn or when did you come to the conclusion that you are inferior to others?

It is important to recognize that if you have a strong desire to please others as a way to get them to like you, then you are engaging in this behavior at the expense of yourself. This is damaging to you and it is extremely unhealthy. You are not inferior to others; you are their equal. You need to find a way to see yourself as an equal and a person deserving of respect. If you have difficultly realizing these aspects of yourself, then it would be helpful to see a therapist about this matter and learn a more appropriate way to think about yourself and a different way of interacting with others.

Minister of Education Andrew Holness and president elect of the Jamaica Teachers' Association (JTA), Doran Dixon, participate in the JTA's 44th annual conference church service at the Church of God of Prophecy, Old Harbour Road, St Catherine, yesterday. Dixon will be installed as president during the conference which starts today.

Salaries for teachers and auxiliary fees for schools are expected to be the two major issues to be discussed at the 44th annual conference of the Jamaica Teachers' Association's Annual Conference which gets under way in Ocho Rios, St Ann this morning.

Reg Weaver, president of the National Education Association in the United States, will deliver the keynote address at the conference, which is being held under the theme, "Building a Learning Culture in Schools: Enabling Independent, Enthusiastic and Successful Learners".

During a function that starts at 8 o'clock tonight, Doran Dixon, president-elect of the JTA, will be proclaimed as president of the 22,000-member teachers' union. Barclay is to deliver her final address to delegates and observers.
Posted by Don G. Brock at 10:45 PM No comments:

Would you accept lottery tithes? 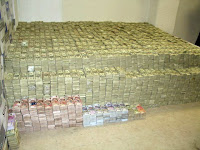 After Robert Powell hit the Florida Lottery jackpot last month and took home more than $6 million, he thought of his church. And he offered to drop his tithe, around $600,000, in the collection plate of First Baptist Church in Orange Park. 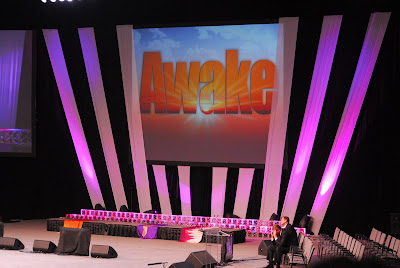 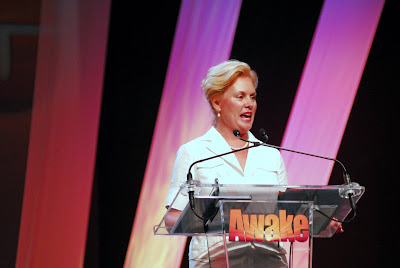 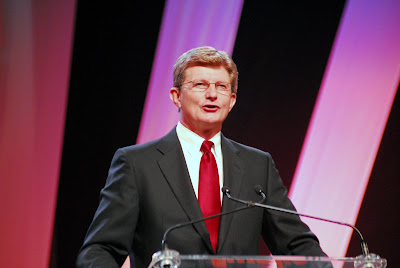 The International Assembly of the Church of God of Prophecy ended yesterday in Nashville, Tennessee. It was a success in every way measurable. General Overseer R. E. Howard and wife Bess blessed the gathering with their wit, inspiration, and anointing.