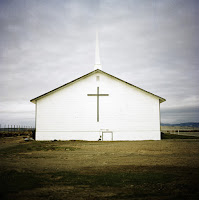 Burnout often goes unnoticed. Often people are afraid of talking about the stress in their life and feeling burned out because it makes them appear weak and not a team player.

Burnout effects all areas of health. Burnout will effect us relationally, physically, emotionally and spiritually.

Burnout is contagious. Often times you will not just see one case of burnout. There are cultures that create burnout and you will see it in multiples.

"Burnout is the accumulation of stress over time" - Archibald Hart

Type-A personalities burn out from over engagement.

Type-B personalities burn out from having people walk all over them.

The rise of abusive leadership in Christian circles has not only led to more examples of failed leadership, but also overall shame on the body of Christ. Though identifying abuses of power within the church seems easy to do, stopping the injustice of abusing others isn't as simple. Yet for church leaders willing to deal with abuses of power — even their own — this could be the most important task they ever tackle.

My personal experience and theoretical inferences have revealed five indicators of those who abuse power. Think of it in terms of road warning signs. The more often we ignore the warning, the closer danger approaches. Here are five relational road signs to keep you on track.

Christian leaders often display the psalmist David as a poster child of good leadership, highlighting his freedom in worship, valor in battle, influence in leadership and notoriety as "a man after God's own heart." Yet we know of his failures and often recite his prayers of confession and repentance. Those hoping to espouse David's repentant heart and overcome their failures, should apply these five truths: (1) submit to godly counsel; (2) abide by godly rules; (3) deny your flesh for godly desire; (4) share godly insight within community; and (5) allow God's grace to restore your brokenness.

Although victorious, shame also marked David's life. Which will mark yours?