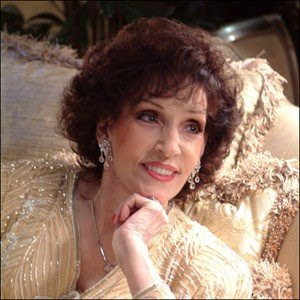 Another person who influenced my life has gone on to be with the Lord.

I worked in Gospel Music radio in my early years. One of the most spiritual groups I ever spent time with was Buck, Dottie and Reba Rambo. They always stood in a circle, held hands, and prayed together before going on stage. I will never forget the occasions they asked me to stand in with them and pray for them. I was not really their pastor, but I appreciated the opportunity to pray with them.

"Dottie" died early this morning when her tour bus ran off the highway and struck an embankment. She was 74.

Seven other people on the bus were injured in the wreck about two miles east of Mount Vernon on Interstate 44, the Missouri Highway Patrol said. They were hospitalized in Springfield with moderate to severe injuries, according to the patrol.

It was unclear whether the crash was related to the severe storms and tornadoes that hit the region yesterday. Storms also swept through the area later in the night, according to the National Weather Service.

"Dottie," who lived in Nashville, Tenn., was on her way to a Mother's Day performance in Texas.

"She was a giant in the gospel music industry," said Beckie Simmons, Rambo's agent. "Dolly Parton recorded some of her songs."

Parton sent condolences to "everyone involved in this terrible tragedy."

"I know Dottie is in heaven in the arms of God right now, but our earth angel will surely be missed," Parton said in a statement. "Dottie was a dear friend, a fellow singer, songwriter and entertainer, and as of late my duet singing partner."

Dottie Rambo was inducted into the Nashville Songwriters Hall of Fame last year and the Kentucky Music Hall of Fame in 2006.

She has had more than 2,500 published songs, including gospel classics such as "He Looked Beyond My Fault and Saw My Need" and the 1982 Gospel Music Association Song of the Year, "We Shall Behold Him."
Posted by Don G. Brock at 10:08 PM No comments: