"Submit yourselves to every ordinance of man for the Lord's sake; whether it be the king, as supreme, or unto governors, as unto them that are sent by him for the punishment of evildoers, and for the praise of them that do well (1 Peter 2:13,14).

God used government authority in the lives of many people in the Bible to accomplish His purposes in their lives. Scripture tells us that even the king's heart is in the hand of God (See Proverbs 21:1). God uses these authorities to continue the work that He has started in us and will continue to manifest His character in us through governmental authorities.

Moses and Pharaoh, Joseph and Potiphar, Daniel and Nebuchadnezzar, Esther and the king, Jesus and Pilate, and many others throughout the Bible became great men and women of God because they gave those in authority their rightful place.

If we find it difficult to live under the authorities in our life, we'll usually find it difficult to submit to the will of God in our lives too. Rebellion is reflected in our unwillingness to live under the authority placed over us. We may not have respect for the person who is the President of the United States, but we are still to honor and respect the position the presidency represents, and we are to recognize that God has placed him in authority over us. As long as we are not asked to violate a biblical commandment, we must recognize those in authority as God-given and that He is going to work through them on our behalf.

We must not obey the government when it calls us to compromise God's Word. Issues that violate the Word of God may require civil disobedience. However, each person must evaluate these situations in light of what God's Word says and be true to their own conscience.

Pray for those in authority over you.

Who Is Raymond Culpepper?

The path of ministry traveled by Raymond F. Culpepper has been filled with joy and happiness, as well as challenges and struggles. As the son of a former assistant general overseer, the new general overseer has a keen sense of appreciation and knowledge, as well as a rich heritage in the Church of God.

Raymond Culpepper, who turns 59 in two weeks, is a true product of the Church of God, not only through his heritage, but through his experiences growing up in a Church of God minister's home. His parents, J. Frank and Kohatha Culpepper, modeled leadership at many levels from pastoral to executive. J. Frank Culpepper had just completed several years on the Executive Committee when he passed away in 1984 while serving as state overseer of North Georgia.

Raymond is a graduate of the Church of God's premier institution, Lee University, and received his first Church of God appointment, as state youth and Christian education director for northern California at the age of 23. This appointment set him on a path of state youth ministry that would take him to the state of Indiana (1974-76) and Alabama (1976-80).

After years of anointed state leadership and evangelism which included preaching at camp meetings and youth camps across the nation, Raymond Culpepper felt the call to church planting. Some questioned the young preacher's decision to leave an up and coming youth leadership profile at its rising, but soon realized the anointing upon the decision. Rev. Culpepper's burden drew him to the city of Birmingham, Alabama where he and his family began the Riverchase Church of God. The seedling church, which was eventually renamed Birmingham Metropolitan, grew to over 3,000 members in the 24 years Rev. Culpepper was its shepherd. The facilities relocated to a prominent site along I-459 and the congregation undertook three building programs resulting in the 2,000-seat sanctuary of today.

During the Metro years Raymond Culpepper's ministry continued to flourish. Leaders in and out of the denomination recognized the anointing on the emerging church leader and called upon him hundreds of times to deliver camp meeting sermons, General Assembly addresses, university convocations and television broadcasts. The exposure of his God-given evangelism to thousands around the world brought him deserved recognition among his Church of God peers, as they elected him three separate times to the Council of Eighteen. In 2004 he accepted the mandate from the General Assembly to serve as first assistant general overseer. He has now been elected as the next General Overseer of the Church of God.

Education has been a priority in Raymond Culpepper's life and ministry since the days when he was class president and student government leader at Lee College, now university. He has kept his Alma Mater close to his heart ever since, being intently involved in its development and having the privilege to serve 12 years as chairman of the board. He has furthered his education with studies at Samford University and Butler University and a masters degree from California Graduate School of Theology. Lee University honored him for his service with the bestowing of a D.D. degree.

Raymond Culpepper knew early on who he wanted to be his partner in ministry when he married Peggy Price in 1970, just before his 21st birthday. They are approaching 40 years together and have raised three children: Raymond II, Elizabeth and Jessica. Just two weeks ago the Culpeppers welcomed their third grandchild. Like her husband, Peggy has deep roots in Church of God heritage as the granddaughter of Rev. D.B. Price, a highly respected and successful pastor in Florida for many years. Peggy grew up with four brothers and her mother, Ruth, lives in Nashville, Georgia, with her stepfather who is Judge Elvin Akers.

"Prayer is the Holy intersection between the head of the church and the church where the Kingdom agenda is enforced on earth as it is in Heaven," Culpepper said. "We have made great strides over the years, but great strides are not made without being on our knees. Those who advance the Kingdom do so through prayer."

Rev. Culpepper's final objective involves what he is calling, "A Quest for Trust" where he is planning to conduct a listening tour of states and regions of the world and do nothing more than listen. "This will not be for promotion or lectures," he stated. It will be purely focused on listening to the people we lead because we are called to be servants. How can we serve if we don't know the hearts of those we are serving?" Rev. Culpepper pledged to utilize the latest means of communications throughout his service including Internet Q&A sessions as part of the third objective.

"We truly want to open the windows and doors and welcome in the air of trust."

The wife of Pastor Joel Osteen has testified that she did not assault a flight attendant.

Victoria Osteen said Friday she was dumbfounded that Continental Airlines attendant Sharon Brown accused her of assault before a 2005 flight to Colorado.

Brown claims in her lawsuit that Victoria Osteen attacked her when she didn't clean up a spill in Osteen's seat. Her description of the "attack" is that Osteen brushed up against her and Osteen's elbow hit Brown's breast. As a result, Brown claims to have suffered hemorrhoids and mental and spiritual trauma.

But Osteen testified it was Brown who became upset.

Joel Osteen testified earlier Friday. He supported his wife's claim and called the incident a misunderstanding.

The flight attendant has a history of law suits. In this one, she is asking for 10% of Osteen's total assets.
Posted by Don G. Brock at 4:03 PM No comments:

It May Have Been the World's Most Premier Leadership Event 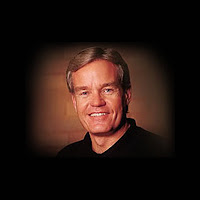 Church leaders attending the Leadership Summit at sites across North America were left with a sobering reminder of the world's woes and the difficult task they have at hand in carrying God's calling.

They were asked if they could be fully yielded to God as one of the most famed humanitarian figures in history had been.

More than 50,000 leaders stood up at the conclusion of the two-day annual summit, hosted by the Willow Creek Association, repeating some of the proverbs Mother Teresa had lived by for over four decades of her life.

"God, I yield myself fully to you," they said. "I will do your bidding without delay. I will refuse you nothing ... I will seek to love You as You have never been loved before.

After studying for months about Mother Teresa, Bill Hybels of Willow Creek Community Church in South Barrington, Ill., painted a powerful picture of the "pint-sized" Catholic nun, who had given herself fully to God even during periods when she could not feel God's presence.

"Even though I don’t feel His presence, I will seek to love Him as he has never been loved," Hybels quoted her as saying.

The megachurch leader admitted that such words were "foreign" to his spirituality. Noting that no one has affected him more deeply than Mother Teresa, he said the entire summit was worth it for him just to do the research on this woman.

"Are you lighting up the radar screen in heaven by your yieldedness?" Hybels asked. "If you were God for a day, would you pick you?"

Although it may seem nearly impossible to many to see another figure like Mother Teresa come along in history and make an impact the way she did, Hybels reminded the leaders that God continues to search for a yielded heart and that He has planned something greater for this generation.

"Greater things have yet to come," the thousands of leaders sang following Hybels' talk.

The 13th annual Leadership Summit was broadcast live Aug. 7-8 to 123 locations in North America and will be videocast to an additional 108 cities worldwide in the fall. It is dubbed as one of the world's most premier leadership training events and draws world-class speakers from a variety of sectors.

In 2006 and 2007, the conference featured former president Jimmy Carter, former secretary of state Colin Powell and U2 frontman Bono in its speaker line-up. Hybels acknowledged that many people carried doubts about this year's conference because of the lackluster line-up compared to previous years.

But many affirmed with applause that they weren't disappointed this year and Hybels assured them that the summit staff work hard to discern their speakers.