Ten years after he was sentenced to 5 1/2 years in state prison for racketeering and grand theft, the former president of the National Baptist Convention, USA, Inc., is vying to lead the denomination once again and insists that he’s a changed man.

“My quest for re-election is spiritual and far beyond personal ambition,” claims Dr. Henry J. Lyons, who admits having been “at the lowest point, where ambition was absent.”

“We all, at one time in our lives, have fallen short of the Glory of God,” he adds in a statement to supporters. “My re-election to the Presidency will witness to the world just what a mighty and loving God we serve. It will be the foundation of understanding true forgiveness from Christ Jesus who is faithful to forgive all of our sins.”

More than a decade ago, Lyons was accused of spending church money on expensive jewelry, a Mercedes-Benz and a $700,000 home bought with a woman who is not his wife.

The charismatic preacher was also accused of diverting money intended for the restoration of Southern churches damaged by arson to other church expenses and swindling more than $4 million from companies that wanted to market life insurance, credit cards and cemetery plots to his convention members.

Despite the allegations and even after he was convicted of racketeering and grand theft, Lyons continued to serve as the head of the National Baptist Convention and did not resign until March of 1999 – the month he was handed his 5 1/2-year prison sentence.

The highly publicized scandal dealt a devastating blow to the denomination – one of the largest religious organizations among African Americans and the second largest Baptist denomination in the world, after the Southern Baptist Convention.

It also cost Lyons his marriage, his reputation and almost all he had.

"It cost me my life," he told the Tennessean in a recent interview. "The shame of it — I don't believe it will ever go away. There's nothing I can do about it."

But Lyons claims it was when he hit rock bottom that God saved him.

"I have suffered God's rod of correction," Lyons told First Baptist Institutional Church in Lakeland, Fla., after he was released on probation in November 2003. "I stand here today to tell you I truly, truly repented of my sins."

Since he walked out of the minimum-security state prison in Florida’s Polk County, Lyons has focused on rebuilding his life. He remarried and began preaching at New Salem Missionary Baptist Church in Tampa – a church that had only about 20 members when he arrived and is today a congregation of around 500. He’s also working to repay the $5.2 million he had stolen.

Lyon’s latest effort comes as the current president of the National Baptist Convention, the Rev. Dr. William J. Shaw, draws near the end of his second five-year term and is unable to seek a third under convention rules. Lyons is hoping to take the helm again to help the denomination seize “the opportunity to operate in a great way by witnessing to the world through its actions.”

“The road ahead will not be easy,” Lyons expressed to supporters in an open letter on his church’s website. “The critics and the naysayers are ready to attack; but the blood of Jesus has washed my spirit and I am ready for the spiritual cross I may have to bear; knowing this is all for a more noble and glorious purpose.”

Lyons is running against one other candidate, the Rev. Julius R. Scruggs, pastor of First Missionary Baptist Church, in Huntsville, Ala., who also serves as vice president at large for the convention.

The election takes place in September. 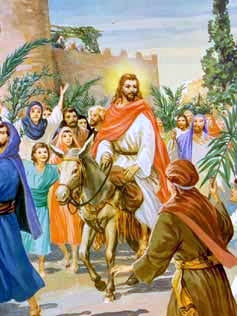