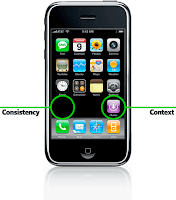 The new iPhone, which went on sale in over 20 countries, updates the one launched a year ago by speeding up Internet access and adding a navigation chip.

Its debut Friday was tied to the Thursday morning launch of its online App Store, which is offering more than 500 mobile software applications such as games and reference guides.

"This is the year that the cell phone becomes an Internet-connecting machine," commented Masayoshi Son, president of Softbank Corp., the only carrier selling the iPhone in Japan, according to The Associated Press.

Simon Evans, a 39-year-old chef in Hong Kong, told AP that he was convinced his new iPhone would simplify his life.

"I can use e-mail, the calendar. It will help plan my day," he said.

In addition to the games, social networking apps, and sports programs, a surprising number of Bible software were also made available for the App Store’s launch.

“While other faiths seem left in the dark, Christian software design firms showed up in large numbers to repackage what is pretty much the same thing, the Bible,” commented Mark Wilson, the weekend editor for Gizmodo Australia, an online technology blog.

"At the moment, no other religious texts appear to be represented on iTunes,” Wilson commented. “That is, if you don't count the ‘Attaining Zen’ rock garden app.”

Perhaps one of the most talked-about Bible software currently available is the Bible App, powered by YouVersion, a revolutionary online Bible created by the multi-site church LifeChurch.tv.

A key feature of the Bible App is that it allows users to join YouVersion’s diverse online community of people who add “contributions” to any verse of scripture. These “contribs” range from personal notes and thoughts or even YouTube videos, all tied to that one verse.

“We’re thrilled to launch this new application that iPhone and iPod Touch users will be able to download for free,” commented LifeChurch Pastor and Innovation Leader Bobby Gruenewald in his blog Friday.

“iPhone users can now have the Bible via YouVersion.com with you no matter where you are, whether you need help remembering a verse while talking to a friend or you want to make the most of your time stuck in line.”

According to AP, Apple is more than halfway to its goal of selling 10 million iPhones by year-end, having already sold 6 million.

Some say the App Store could be the bigger draw to the iPhone than its other major selling points, namely prices that are $200 lower than the previous iPhone and the ability to run on a faster cellphone network.

Apple CEO Steve Jobs told the New York Times that one-fourth of the programs are free, with many of the commercial ones going for $9.95. One-third of the applications are games.