Christian nonprofit groups and churches are being urged by donors to be more forthcoming about their spending amid the economic downturn and massive alleged fraud cases involving money managers like Bernard Madoff.

Now more than ever, donors who give money to these groups are looking for more than basic financial information.

"Historically, we've only disclosed what we've had to. We tend to hold information close to the vest that we probably should share," said Dan Busby, acting president of the Evangelical Council for Financial Accountability (ECFA), a voluntary group that sets financial standards for its nearly 1,400 churches and nonprofit members.

Those groups and other charitable institutions have not been the direct targets of increased scrutiny by the government and public in the wake of the banking industry crisis and scandals involving financiers like Madoff — who's accused of costing investors, including some charities, about $50 billion in a Ponzi scheme.

But financial transparency is becoming more important, even as some religious groups report a decline in charitable giving.

"There are those (churches and nonprofits) I think that are afraid of disclosing information for fear of what the donor public might think about how they're using the funds," Busby said.

The public is more skeptical of institutions and closely scrutinizes where they're putting their money in these sour economic times, said Craig Parshall, senior vice president and general counsel for the National Religious Broadcasters. The group, which has 1,400 members, held its annual convention in Nashville this week.

Rick Young, who runs a Houston-based construction company, has given to Christian nonprofits for years and is being especially vigilant now. He uses Web sites like www.Charitynavigator.org and www.Give.org to research organizations and won't donate to groups that conceal their finances.

"I'm not giving to pay some executives to pad their pockets," Young said. "I'm giving for people to do God's work. I don't think anybody needs to get paid half million or $1 million a year for running a 501c3 (nonprofit group). I think that would be excessive."

Last year, Iowa Republican Sen. Charles Grassley, a ranking member on the Senate Finance Committee, investigated six Christian broadcast ministries to find out if they were misusing their money or abusing their nonprofit status.

The targeted ministries, which are not NRB members, have denied wrongdoing and some have turned over financial information. The investigation hasn't yet been completed.

"When you look at Madoff, the Wall Street situation and even Grassley, we're well aware we have to be called to a higher standard of accountability," Parshall said. "The average family is struggling. They have to choose whether to keep donating or not. They're going to want to see transparency."

Busby noted most churches are not required to file the same kinds of IRS forms as some nonprofits, but said churches and nonprofits should be releasing revenue, expenses, assets and liabilities.

"In tight economic times when donors are hurting financially and they're stretching their dollars to give to churches and charities, they're just simply more concerned about their dollars making a difference," he said.

Tim McDermott, president and general manager of contemporary Christian music radio station KSBJ in Houston, said the nonprofit station is audited annually by an outside firm.

"Transparency is important because the people that are giving to us, they need to have the access to know their money is being spent wisely," McDermott said. 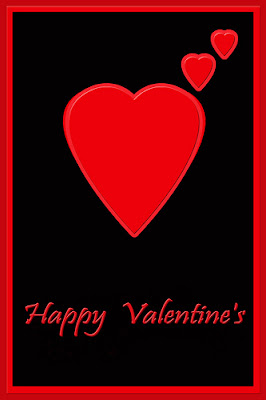