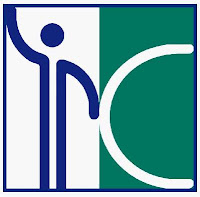 The Church of God of Prophecy, which closed its biblical studies and liberal arts college Tomlinson College in 1993, announced a 2014 start date for another on-campus training school.
The announcement came during the church’s 96th International Assembly Wednesday in Greensboro, N.C.
Using the theme “Pursuing His Spirit,” the church leaders opened the Assembly. During his opening remarks, General Overseer Randall E. Howard introducing a 2020 Vision initiative. The initiative is a return to “essential tenents” centered on mission, prayer and stratetic plan.
“We stand on the shoulders of those before us,” the church’s website quoted Howard as saying. “What we do or project today is only another chapter.”
The details for the on-site school are still being finalized, due to variables such as the current lease on the former Tomlinson College property by another school and an evaluation of all church properties currently being conducted by ARKS, a Christian construction and real estate consulting group.
“(We are) fully aware that in order to make this church college a reality, there must be a well thought-out strategic plan, business plan, and solid support,” said Tim Harper, chairman of the Tomlinson Center board. “Tomlinson Center has an Assembly mandate and the vision of inspirational leadership; now we must make it happen.”
In its presentation during the Wednesday morning session and on a video, members of the board highlighted the years of potential leaders that have graduated from high school since the school’s closing and stressed the importance of the church training its current and future leaders.
“The Board readily admits that the re-opening of a Church college is a challenging undertaking. It is one that we cannot do independently of the greater church,” Cardin stated. “However, this board does not believe that this church can go another 20 years without this vital ingredient in our overall leadership development focus.”
The Tomlinson Center currently offers online training through a partnership with Lee University and a Certificate of Ministerial Studies (CIMS) through state, regional and national training events.
In the midst of a week frequently focused on its future and conducting business, the Church of God of Prophecy also took time to honor its forerunners on Wednesday afternoon of its 96th International Assembly.
The Church’s recently-deceased ministers were memorialized in a program directed by Jan Couch, Stewardship Ministries director, featuring a video montage and musical tributes by Roberta Matthews and Dave Brown.
Following the program, the Church’s leadership from Europe, the Commonwealth of Independent States (C.I.S.) and the Middle East conducted the Bishop Ordination service with the assistance of state and regional overseers.
The Assembly concluded today with a worship service, the Parade of Nations and announcement of appointments.
www.TomlinsonCenter.com
www.COGOP.org
2020 Vision Strategic Plan Document
TC Video
[Cleveland Daily Banner]
Posted by Don G. Brock at 10:57 PM No comments: