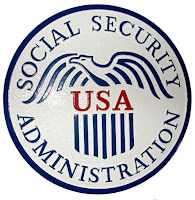 This administration has announced that there will be NO cost of living increase in Social Security checks to the elderly this year nor next.

We are going to stimulate the economy by pumping $600 billion into it. That money can't be spent fast enough. But the elderly will now loose their annual increases?

We can afford cash for clunkers, but we can't afford to help the elderly? Am I the only one confused?

Has the next generation now come into power and decided to get rid of the aging generation? Managed health care that determines if the aged is worth the cost? Before my Mom died, I bought her meds for her because there was no drug benefit for an 85 year old widow.

I don't see anything being fixed.
Posted by Don G. Brock at 1:57 PM