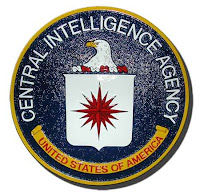 The documents released Monday clearly demonstrate that the individuals subjected to Enhanced Interrogation Techniques provided the bulk of intelligence we gained about al Qaeda. This intelligence saved lives and prevented terrorist attacks. These detainees also, according to the documents, played a role in nearly every capture of al Qaeda members and associates since 2002.

The activities of the CIA in carrying out the policies of the Bush Administration were directly responsible for defeating all efforts by al Qaeda to launch further mass casualty attacks against the United States. The people involved deserve our gratitude. They do not deserve to be the targets of political investigations or prosecutions. President Obama’s decision to allow the Justice Department to investigate and possibly prosecute CIA personnel, and his decision to remove authority for interrogation from the CIA to the White House, serves as a reminder, if any were needed, of why so many Americans have doubts about this Administration’s ability to be responsible for our nation’s security.