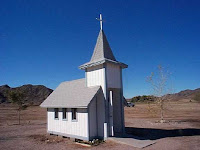 Small churches often get most of the equation right when it comes to making progress, but the one major mistake they make is poor planning, according to a recent study.

An overwhelming majority of pastors of small churches (94 percent) say they see the need and problems in their community that the church has been called to address, and eight out of 10 say they share with their congregation a clear and compelling picture of what God is calling their church to look like in several years, LifeWay Research's latest study shows.

But 67 percent of pastors of small churches say they are frustrated with how slow progress is being made at their churches.

"The effectiveness of local church ministry often is jeopardized by poor organization," diagnosed Scott McConnell, associate director of LifeWay Research. "Understanding God’s calling and the context of the church is important, but leadership requires knowing where you are, knowing where you need to go and knowing how to get there. Most pastors of small churches actively pursue the first two, but many struggle with the third."

Many pastors openly admitted that they do not know how to lead their churches to achieve their goal.

Only 29 percent of pastors of small churches strongly agreed that they had a clear plan to transform their churches into what God wanted them to be.

But a significantly higher number of pastors expressed confusion about their plan and the problems along the way. Forty-four percent of the surveyed pastors agreed (somewhat or strongly) that they often do not understand why things do not work out, while 30 percent agreed that they are confused about where they should invest their own time and effort.
The survey revealed that although 70 percent of the pastors said their church budget was enough to fund current objectives, 40 percent agreed that their church rarely has time to reflect and plan properly.

For instance, two-thirds of the small churches rarely change the person in charge of certain work or responsibilities. And less than six in ten churches regularly review methods and results of events and programs.

"The survey clearly indicates that smaller-membership churches need to stop and evaluate what they are doing and who is doing it," McConnell said. "Leaders need to develop effective plans for carrying out the work God has called their churches to do."

He added, "Pastors who candidly assess their own strengths and weaknesses can surround themselves with leaders who have the talents that they lack.

"Each local church should seek out and utilize members gifted in organizing people and processes while still encouraging each other to desire the greater gifts of faith, hope, and love."

[from The Christian Post RSS Feed by Jennifer Riley]
Posted by Don G. Brock at 11:25 PM