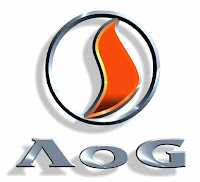 “The cartoon is despicable,” decried Assemblies of God’s chief executive officer, George O. Wood, in a statement Friday. “Millions of Christians today follow the example of first century Christians who prayed in other tongues.

“The Washington Post would not think of printing a cartoon that mocked members of the Muslim or Jewish faiths,” he charged. “It should be ashamed.”

In the cartoon, posted online Sept. 9, Palin is illustrated talking on the phone at a podium in an incomprehensible language. Republican vice presidential nominee John McCain stands near Palin and says with a grin, “She’s a Pentecostal and speaks in tongues, and only God can understand what she’s saying. But it gives my campaign a direct line to the Almighty.”

The next drawing shows “God” in heaven holding a phone saying to an angel, “Peter. What’s wrong with this phone? All I can hear is some dam’ right wing politician spouting gibberish!”

AG superintendent Wood criticized the political cartoon for not only revealing the cartoonist’s lack of understanding of Pentecostal beliefs, but of God.

The cartoonist portrayed God as cranky, befuddled, a user of profanity and not omniscient.
“Since God is multi-lingual, I'm sure He doesn't have problems understanding any prayers – whether they are articulated in a known or unknown language,” Wood said. “He looks for prayers that come from the heart."

Furthermore, the Pentecostal leader noted that Palin, to his knowledge, has never said she prays in tongues.

Palin was raised in a Pentecostal church and attended one until six years ago, when she and her family switched to a non-denominational evangelical church. She now identifies herself only as Christian, and a spokeswoman for the McCain-Palin campaign says Palin does not consider herself Pentecostal.

Still, the Republican vice presidential candidate and her ties with Pentecostalism have been subjected to scrutiny and commentary by secular reporters, who mainly portray the religious body as peculiar and unconventional.

According to http://www.washingtonpost.com/ representative Deborah Howell, Washingtonpost.com received some 350 complaints from readers about the cartoon by Pat Oliphant, which they said lampooned their faith.

"Readers were right to complain," she said, according to AG News, the news service of the 5 million-member Assemblies of God. "I will deal with political cartooning in another column."

She also noted that Oliphant’s cartoons are automatically posted on the washingtonpost.com site without anyone editing or reviewing the material prior to its posting.