Do You Feel Taken For Granted? 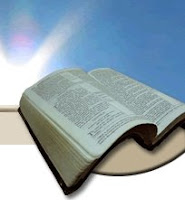 People have short memories. It doesn’t take long in ministry to realize this. One day you’re leading someone to Christ, the next day they’ve left for the new church down the street. One day someone says they loved the sermon, the next day they can’t remember what it was about. Short memories are nothing new.

The Israelites had a short memory when it came to Moses. Just three days after the Red Sea miracle – at the very first sign of trouble – they started doubting his leadership. We think we’ve got it rough? God used Moses to split a sea, and the Israelites forgot him. If that happened to Moses, it can happen to us.

I read an article one time about a chief accountant for a millionaire. He was paid very well, but he committed suicide. His suicide note said: “I’m committing suicide because in 30 years I’ve never had one word of encouragement. I’m fed up.”

What do you do when you feel taken for granted? Moses gives us a great example to follow.

1. Don’t curse it. When Moses heard the Israelites grumble, it would have been natural to respond back in anger. Most of us would have done that. But Moses didn’t. Revenge just wasn’t an option. When people don’t appreciate you, choose not to strike back. Leave your frustration in God’s hands. When you let God settle the score, you are well represented. Romans 12:14 says, “Bless those who persecute you. Bless and do not curse” (NASB). Instead of cursing those who forget you, speak positively about them.

2. Don’t rehearse it. Every time you review the hurt you feel when you’ve been taken for granted, it gets bigger. If somebody you’ve served selflessly criticizes you, it hurts. No doubt about it. But if you’re not careful, it’ll blow out of proportion in no time.

Notice that Moses never went back over the pain. He focused on the future. Rehearsing pain is a dangerous habit in ministry because soon you’re addicted to it. I’ve met some very bitter pastors who allowed experiences of their past to color their perception until they thought everybody was against them. You can’t allow that to happen.

3. Don’t nurse it. Don’t allow yourself to have a pity party. It’s OK to be angry. Anger is a legitimate response to hurt. But holding on to anger becomes sin. Ephesians 4:26-27 says, “Don’t get so angry that you sin. Don’t go to bed angry, and don’t give the devil a chance” (CEV). If you are a leader, you can expect to be misunderstood. It’s a fact of leadership. If you choose not to take the disappointment personally, you’ll avoid becoming cynical.

So, what should you do when you feel forgotten and taken for granted?

First, share your pain with God. Often we go to the wrong people with our pain. We go to the people who’ve mistreated us and remind them of their oversight. Instead of doing that, take your pain to God. He can take whatever you dish out to him.

Second, expect God to reverse your disappointment. God is the master of reversing hurts. Remember the story of Joseph in the Old Testament? Joseph’s brothers sold him into slavery. Then in Genesis 50, 20 years later, he said, “You intended to harm me, but God intended it for good to accomplish what is now being done, the saving of many lives.” Joseph had every reason to be cynical. His own family had sold him out. But he wasn’t cynical.

Moses had a similar experience. The people had been whining and complaining because they didn’t have water – and when they did get water, it was bitter. But where did God lead them after that? He led them to a land of abundant water. He reversed the situation.

Friend, I don’t know how you’ve been taken for granted in ministry. But I do know one thing. God has not forgotten you. He’s seen every act of service. He’s watched every time you’ve faithfully prepared a message. He has walked into the room of the dying person with you. He’s listened as you’ve prayed for the direction of your church. He’s seen your acts of service. Others may take you for granted. But God doesn’t.