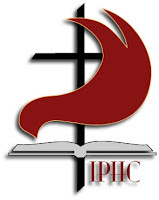 The International Pentecostal Holiness Church (IPHC), a 108-year-old traditional Pentecostal denomination with about 4.2 million members in 95 countries, states its commitment to the Word and the leadership of the Holy Spirit in its 21-page “Apostolic Biblical Statement and Practical Guidelines.”

“God is moving in these days with an emphasis on the apostolic anointing and the prophetic,” said Presiding Bishop James D. Leggett, in a statement. “The Apostolic Position Paper recognizes and provides for the exercising of apostolic leadership. Yet it gives a word of caution about false prophets. The balanced approach is good for the church today.”

The document covers three levels of the apostolic: Jesus Christ, the foremost apostle; the twelve apostles, the foundational apostles; and functional apostles, who functioned both in the scriptures and in the church today.

The role of apostles is to “plant the gospel in every culture worldwide” and to do it on the “base built by Jesus Christ, the foremost Apostle, and His foundational apostles,” the document stated.
“We recognize the ministry of functional apostles and bishops in church history as having a close resemblance,” the paper read. “We also recognize that false apostles appeared in the apostolic church as well as in the church history, and that we must remain alert to the continuing danger of these emissaries of Satan.”

Pentecostalism is one of the fastest growing segments of global Christianity with at least 500 million adherents worldwide. But along with its successful growth has come problems of false teachers who vow miraculous healing, promises of pending fortune in exchange for church donations that are used for their own personal wealth.

Many mainline Christian leaders in Africa have denounced false prophets who claim to be anointed Pentecostal preachers.

In the section titled, “Recognizing True and False Apostles,” the document states that there are false apostles, or people who are not appointed by God but rather “carnal men [who] usurped the role for their own glory.”

To distinguish true and false apostles, the document gave a list of characteristics of a true apostle that includes: ministers with total faithfulness to the writings and teachings of the foundational apostles; accept personal responsibility for the Lord’s Great Commission, even at great cost to themselves; continue to serve even when no one confers on them a title or recognizes their role; and are free from the love of money.

“The Apostolic Position Paper presents a sound Biblical foundation for both the historical and present day Apostolic Ministry,” said Rev. Ed Wood, Chairman of the Apostolic Commission. “The paper is the result of the International Pentecostal Holiness seeking to be Biblically based in its position regarding the current apostolic movement.”

In 2005, the denomination's General Executive Board, at the request of the General Conference delegates, commissioned seven denominational scholars and theologians to conduct a biblical/historical study of the role of apostle in the church today. The board also invited a representative from each of the denomination's 28 regional offices to participate.

The document was presented to the General Board of Administration, the highest governing body between General Conference sessions, and approved by the board on Oct. 30, 2007, with minor changes.

The document also includes practical guidelines for apostolic ministries and other current theological issues in the IPHC.

IPHC is a charter member of the National Association of Evangelicals, the Pentecostal World Conference, and was instrumental in creating the Pentecostal & Charismatic Churches of North America.
Posted by Don G. Brock at 2:16 PM