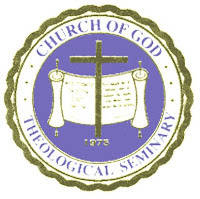 At the 2008 annual meeting the Society for Pentecostal Studies, Dr. Kimberly Alexander, a professor at the Church of God Theological Seminary in Cleveland, Tennessee, was elected Second Vice President of the prestigious organization.

The election starts a succession of leadership beginning at next year's meeting where Dr. Alexander will become first vice president and program chair for the 2010 meeting. At the 2010 meeting she will become president and deliver the President's address at the 2011 meeting. From now until 2012 she will serve on the Executive Committee and have various responsibilities depending on her office. She has been serving as the Interest Group Leader for the History Interest Group.

Dr. Terry Cross, dean of the School of Religion at the Church of God's Lee University, just completed his year as president of SPS and delivered the president's address at the meeting held last month in Nashville.
Posted by Don G. Brock at 8:43 PM