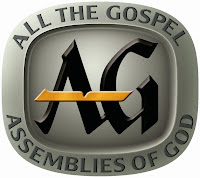 On February 29, 2008, the Trinity Bible College Board of Regents took action to form an Executive Team for the college by selecting G.L. (Jack) Strom, Samuel H. Johnson and Samuel Farina, to assume executive leadership of the college. Strom was selected to be the president of the college. Strom, along with his wife Barb, will be relocating from Florida to Ellendale, North Dakota, to fill the President's office immediately.

"As the president of Trinity Bible College, along with the newly elected Executive Team members, Rev. Sam Johnson and Rev. Sam Farina," Strom says, "I plan to capitalize on the strengths of TBC and focus on communicating a progressive but relevant vision for the future."

Ministry is an inseparable part of Strom's life, whether as the son of a minister, a Bible college student, pastor, church college administrator, missionary evangelist or strategic initiative planner. After serving as a pastor, in 1972, Strom joined the administrative team of North Central Bible College (now North Central University) in Minneapolis, Minnesota, where he served as vice president of Development. In 1982, he left the college to start his own strategic planning service, Strom Ministry Concepts. Strom has led churches and para-church organizations to dramatic growth in giving, both as a pastor and as a capital fund initiative planner. Under his consulting leadership, churches, colleges and other church related ministries have experienced increases in giving, totaling millions of dollars.
Posted by Don G. Brock at 9:08 PM

Congratulations to those at Trinity Bible College. Jack Strom had a profound influence on my life as a high school student. Trinity has helped to shape my life as a youth pastor, church planter, and missionary. I pray for bright days ahead for Trinity as it prepares God's people for works of service. Jeff Nelson