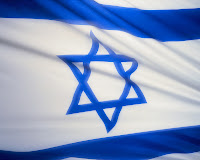 Israeli forces returned fire into Syria today with some warning shots, according to the Jerusalem Post.  "The IDF fired a warning shot at the Syrian military on Sunday, after a Syrian shell landed in the Golan Heights for the second time in recent days."

Israel has not fired at Syria since the 1973 Yom Kippur War.

"In the midst of Syrian infighting, a mortar shell fired by the Syrian army struck near an outpost at Tel Hazeka," IDF spokesman Brig.-Gen. Yoav Mordechai said.  The shell failed to cause injuries or damages.

"In light of the policy instituted by IDF Chief of Staff, Lt.-Gen. Benny Gantz, a warning round was fired back into Syria.  We don't believe it caused injuries or damages," Mordechai added.

America's ambassador to Israel, Dan Shapiro, issued a statement in support of Israel's actions on his Facebook page.

"Our thoughts are with the residents of southern Israel, who continue to be bombarded with missile attacks from terrorist organizations in Gaza.  The United States supports Israel's right to defend itself and its citizens from these attacks," writes Shapiro.

There appears to be no further statement from the State Department at this moment.