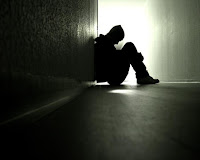 I write this with a heavy heart. It's been so for the last several weeks. A fine pastor who lived near me took his own life, leaving behind a grieving church and a devastated family.
I didn't know Pastor John very well. He attended a pastors' retreat a year ago. I shared meals with him and enjoyed his company. John was thoughtful, kind, and insightful. He spoke frankly of the challenges in the church he pastored. They were typical of most churches I know, and John didn't seem overly distressed. We commiserated and brainstormed.
I didn't hear from John again, though I sometimes wondered about him. Then I heard the gut-wrenching news of his self-inflicted death. It was shocking and deeply disturbing. Once I learned of his suicide, I was not surprised, however, to hear that he suffered from severe depression. Nothing else would explain his otherwise inexplicable behavior. Sometimes depression so debilitates a person and so corrupts his rationality that he does the unthinkable, even believing that his death will improve the lives of others.
How I wish I had been with him rather than him being alone in his deep depression. I wish that I had done more to encourage him. I don't know that this would have helped John, because the demons with which he wrestled were powerful. But it might have.
John's situation, of course, is extreme. But it speaks to the loneliness of pastoring. Having served as a parish pastor for over twenty years, and having listened to so many pastors describing the challenges of pastoring, I know the aloneness that haunts so many who have been ordained to ministry. No matter how close a pastor might be to folk in the church, no matter how much the pastor loves the congregation and how much they love the pastor, the requirements of the pastorate can be isolating.
I think, for example, of times when I was raked over the coals of complaining and criticism. I could share this with my lay leaders, but they couldn't really understand how it felt to open your heart to a congregation only to have it trampled upon by the very people you are seeking to love.
Or I think of how hard it was for me when I sought to discern whether God was calling me away from from one church to another. It just didn't seem wise to share my thought process, even with my dearest friends in the congregation.
Sometimes that feeling of aloneness as a pastor came in the middle of the night, when I awoke with worries about the church. Most of the time, these had to do with personnel or financial issues or a combination of both. I remember sitting in my dark living room, crying out to God and feeling as if even he had abandoned me. I knew better, but I felt so terribly alone.
Some who read this may conclude that a) John made a deeply selfish decision, and b) the author of this article is neither a good pastor nor a good Christian. Surely, one might think, I did not have to be so alone in my ministry. Surely, I could have made deeper friendships in the church. And surely I should have known that God was with me in the lonely nights.
This is both right and wrong. I am not a very good pastor or a very good Christian. But my experience is much more common among pastors than is often admitted. If you simply cannot relate to what I'm writing here, then give thanks to God for his grace in your life. But I am sure that some who read this will relate.
I do want to offer some words of advice and encouragement for pastors who struggle with loneliness. I believe God desires for pastors to know the comfort that comes from genuine Christian community. Serving the Lord in a pastoral role can be an intensely lonely journey.
Consider the Bible. I can think of no more powerful image of pastoral loneliness than the story of Jesus in the Garden of Gethsemane. You know how it goes. Before his betrayal and death, Jesus went to the Garden to pray. He wanted the company of his closest friends and followers, Peter, James, and John, so he asked them to join him. He said, "I am deeply grieved, even to death; remain here, and keep awake" (Mk. 14:34). Then Jesus threw himself on the ground, begging his Father to spare him from the cup of suffering and wrath he was about to drink. When Jesus rejoined his friends, he found them asleep. He asked them to stay awake with him and went again to pray. Returning from his agonized supplication, once again Jesus found that his best friends were sleeping. This happened three times.
I can only imagine how alone Jesus must have felt. Notice that the scriptures never indicate that Jesus was wrong to desire the company of friends. I've never heard anyone say of Jesus what some might say of a parish pastor: "He was too dependent on others. He should have been able to rely more on God." No, as the Good Shepherd, Jesus entered into a loneliness that culminated in the isolation of the cross. That was a part of the ministry to which he was called. And so it is for those of us who seek to feed his sheep even today.
If you feel alone as a pastor, you should know that you're not alone in your loneliness. Thousands of other pastors know what you are feeling. If you need someone to talk to, call Synergy. Your confidentiality is always protected. And, the Great Pastor understands you in full (Heb. 2:14-18, 13:20).
[from Mark D. Roberts]
Posted by Don G. Brock at 11:19 AM